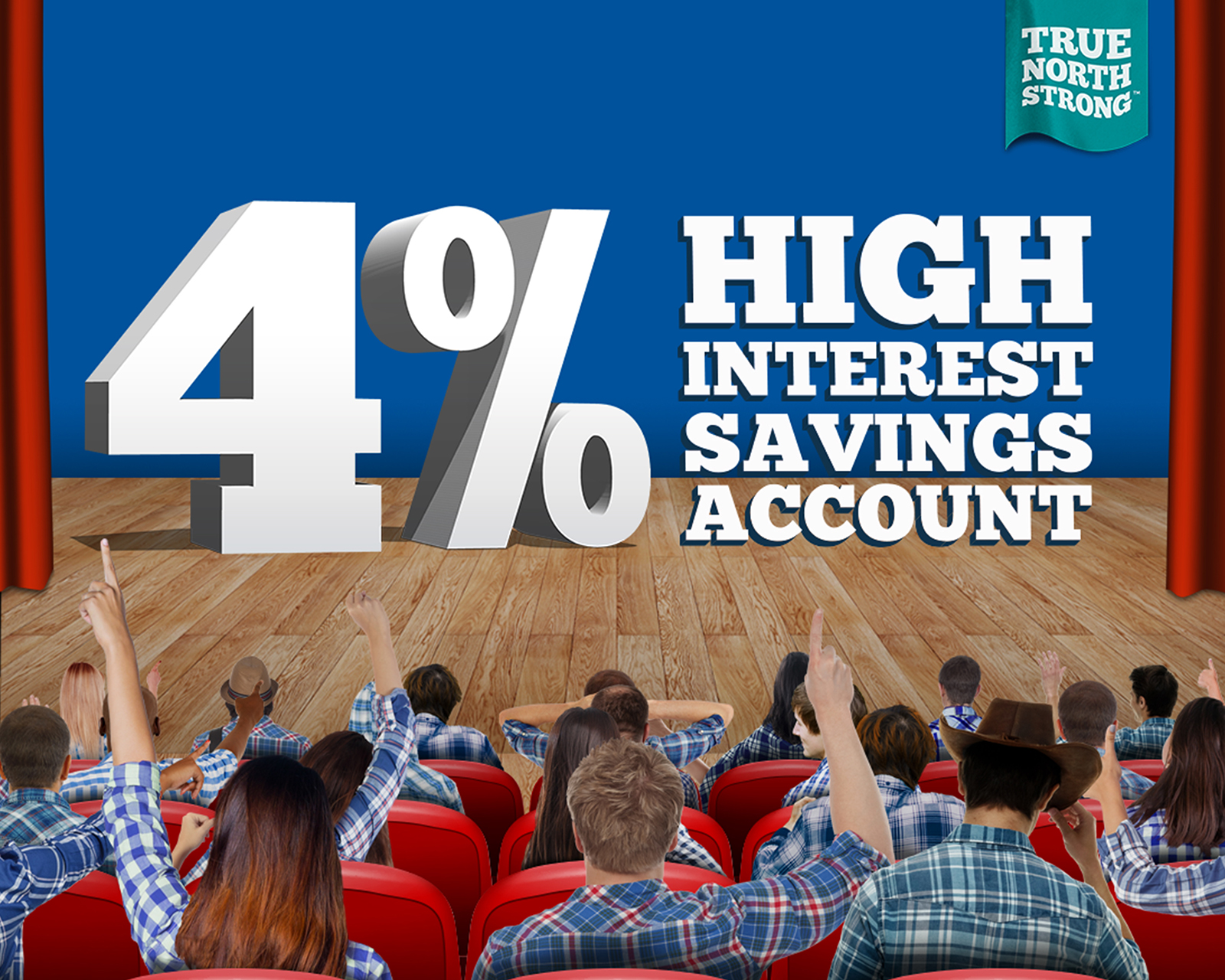 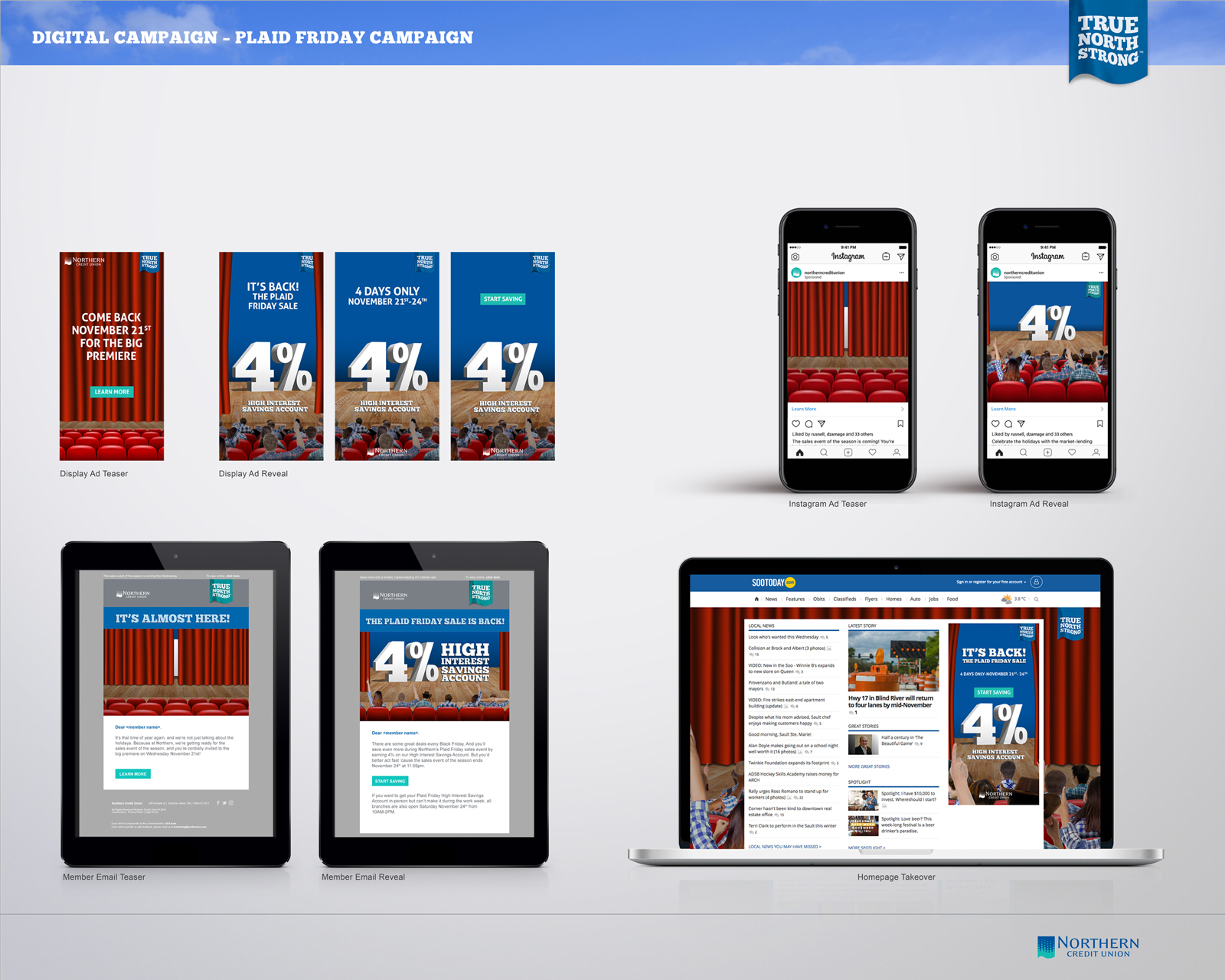 Northern Credit Union (NCU) wanted to acquire new members and increase share of wallet with existing members by presenting them with a truly compelling offer — a High Interest Savings Account with a market-leading rate of 4%. The goal was to raise $15M with a ‘flash sale’ that would only be available for a limited time. While the product itself was a big incentive, the credit union wanted to ensure it met its sales goals by launching a unique campaign that incorporated its unique brand characteristics, and tying that to a well-known sales event, Black Friday. NCU put its own spin on Black Friday by inserting its own key brand identifier to introduce its members to the Plaid Friday Sales Event! To fortify the uniqueness of the product, NCU went on to build an equally distinct campaign that was broken down into two segments—a teaser campaign that ran for eight days to build excitement and anticipation, and a four-day reveal campaign where targets could acquire the product via NCU’s online application system, ASAPP. The second annual Plaid Friday Sales Event proved to exceed NCU’s aggressive sales forecast. A total of 442 accounts were opened online and over $20M in new money was secured, which was a 25% increase above the $15M the credit union sought to secure with this campaign.