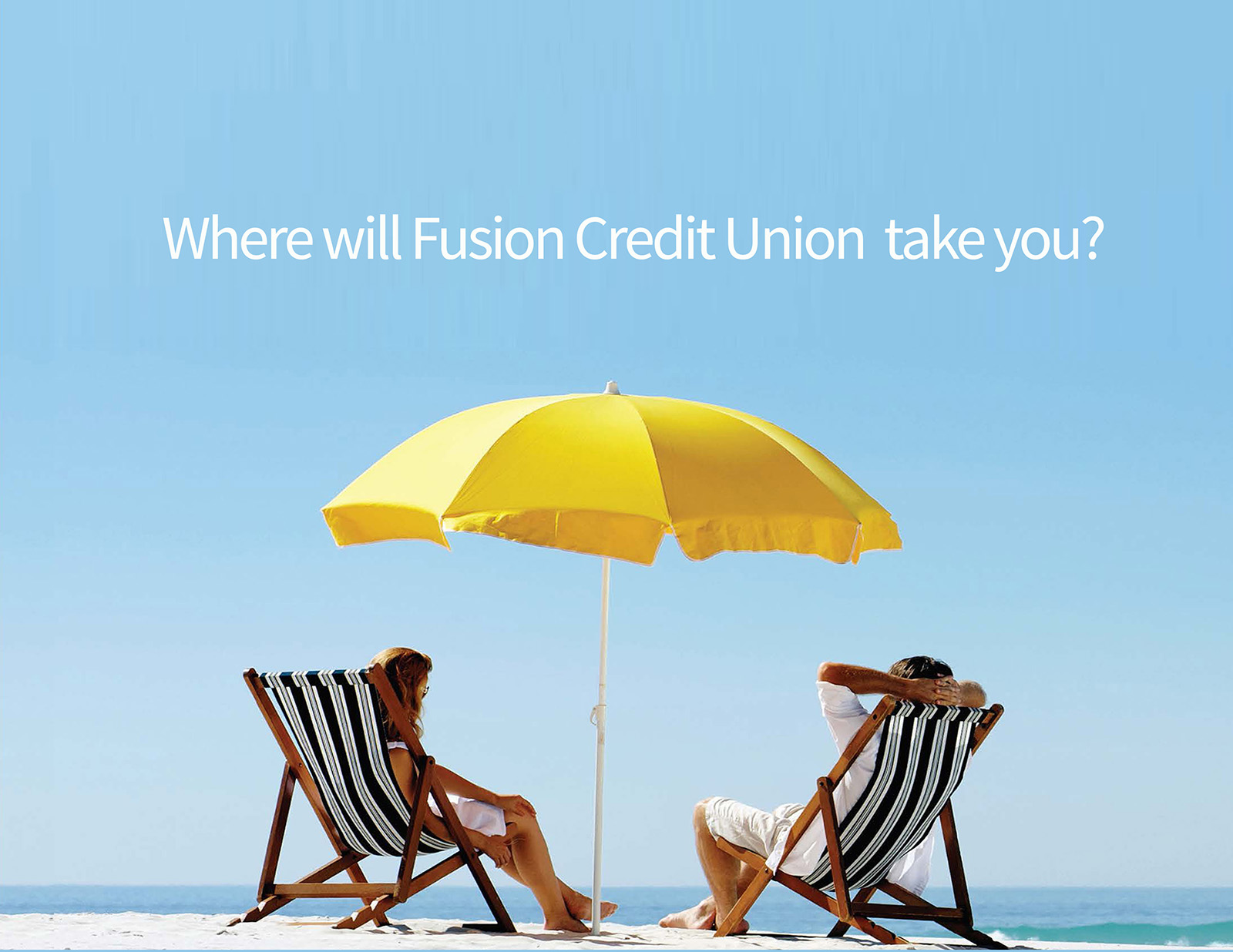 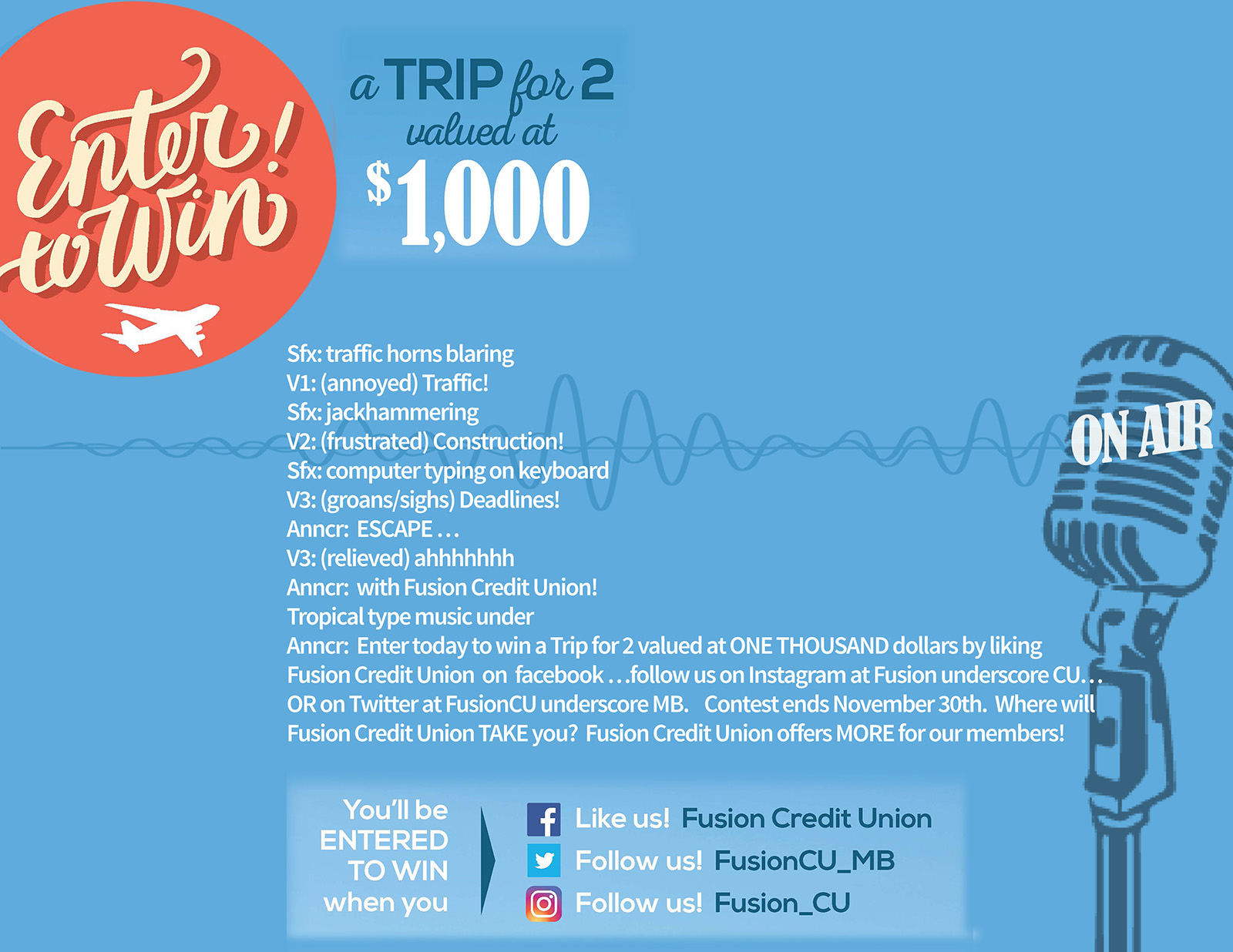 Where will Fusion CU take you?

Catalyst Credit Union and Vanguard Credit Union amalgamated April 2018 and voted on the name Fusion on August 15, 2018. They wanted to create brand awareness by engaging with public through many forms of media and provide an incentive for anyone to like or follow the new Fusion accounts on social media, including the new Instagram platform. To gain recognition about the new name and to increase their following on new social media accounts, they asked the public to follow and like them on Twitter, Instagram and Facebook for a chance to win $1,000. Fusion also advertised the contest on radio stations, website, media screens, posters and social media. They also decided to go one step further and add geo-targeting with Bell Media. Fusion encouraged staff to talk about social media with members when they are were in the branch. They even offered a staff incentive to get involved in advertising the contest, by asking staff to share (Facebook), repost (Instagram) or retweet (Twitter) Fusion posts regarding the social media contest and they would have the chance to win 3 great prizes! The incentive to win a prize encouraged the staff to participate with 74 shares, reposts or re-tweets. Results: Facebook: Fusion Page Likes: 1827 (Most Popular Posts: Social Media Contest reach: 5,571 Reactions/Comments/Shares: 335) Twitter: Fusion New Followers: 79 (Profile Visits: 451) Instagram: Fusion New followers: 156 (total 321) Top Post: Social Media Contest • 20 Likes