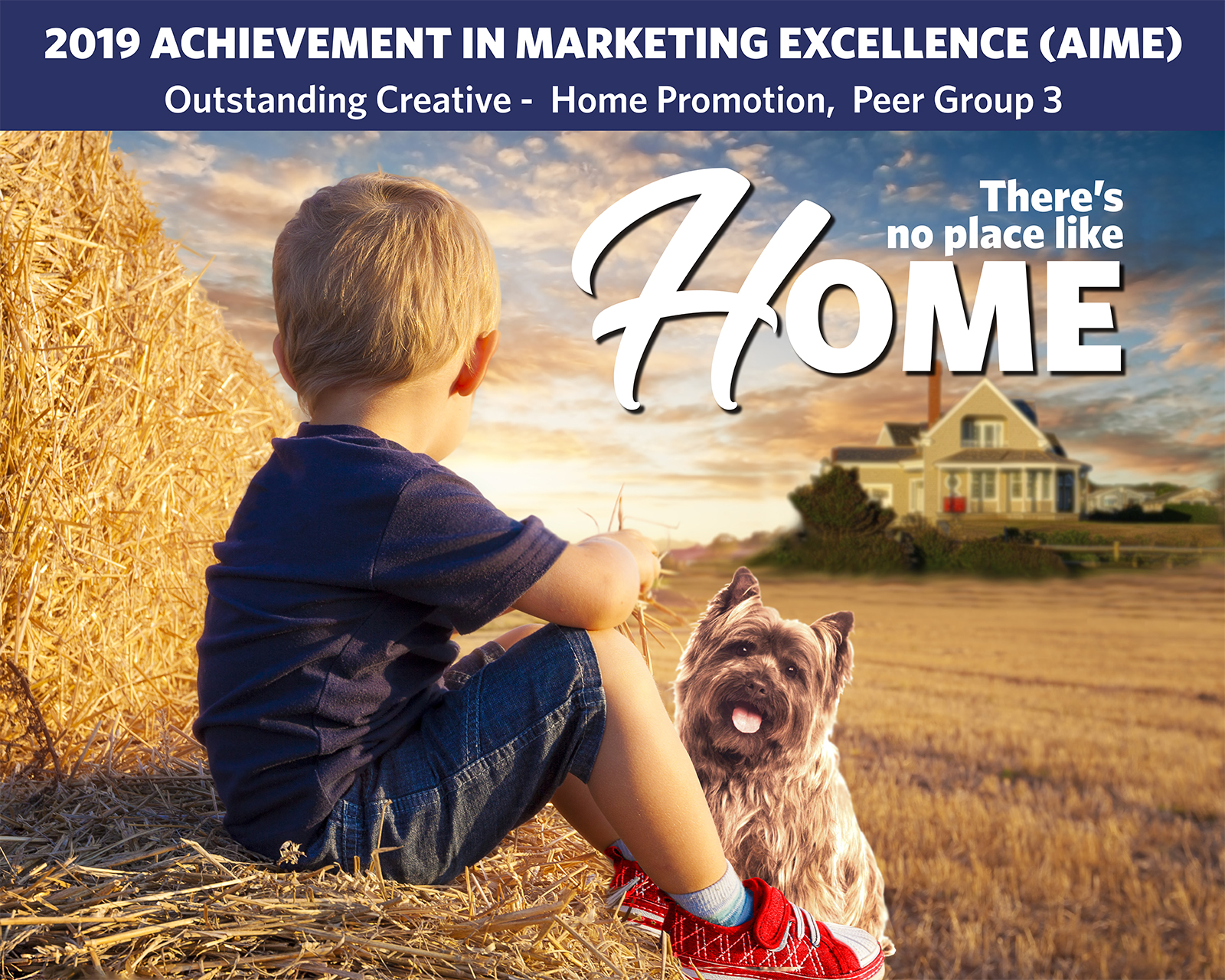 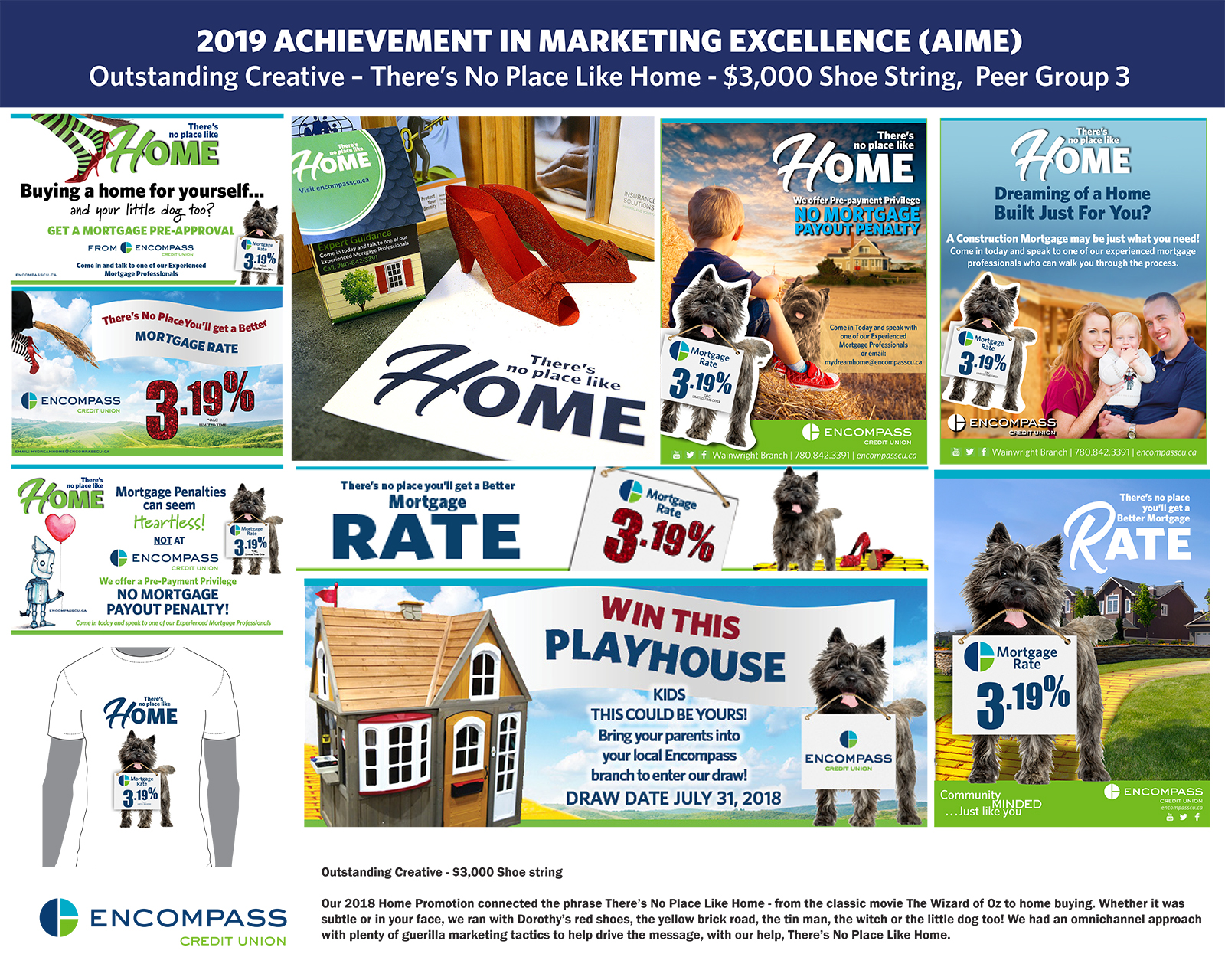 During the mortgage season of 2018, from mid-March to August, Encompass Credit Union embarked on a coordinated campaign that centered on the phrase, “There’s No Place Like Home,” the famous quote from Dorothy in The Wizard of Oz (1929). Encompass used the phrase to creatively reference the promotion with many moving parts, which included an expectations for growth in their mortgage portfolio. The strategy was omni-channel, with a creative focus on digital media, and some traditional media. During the five-month promotion, the overall goal was $16,000,000 in new mortgage dollars. This goal would be an increase of nearly $3M over the previous year’s actuals, a 20 per cent increase. Over the course of the promotion, they had $17.8M in new mortgages written, including over $3,000,000 through their online account opening system as an account-opening touch point. They exceeded their goal by over 11 per cent. An additional $2.6M was dispersed for mortgages in the two weeks after the campaign wrapped.