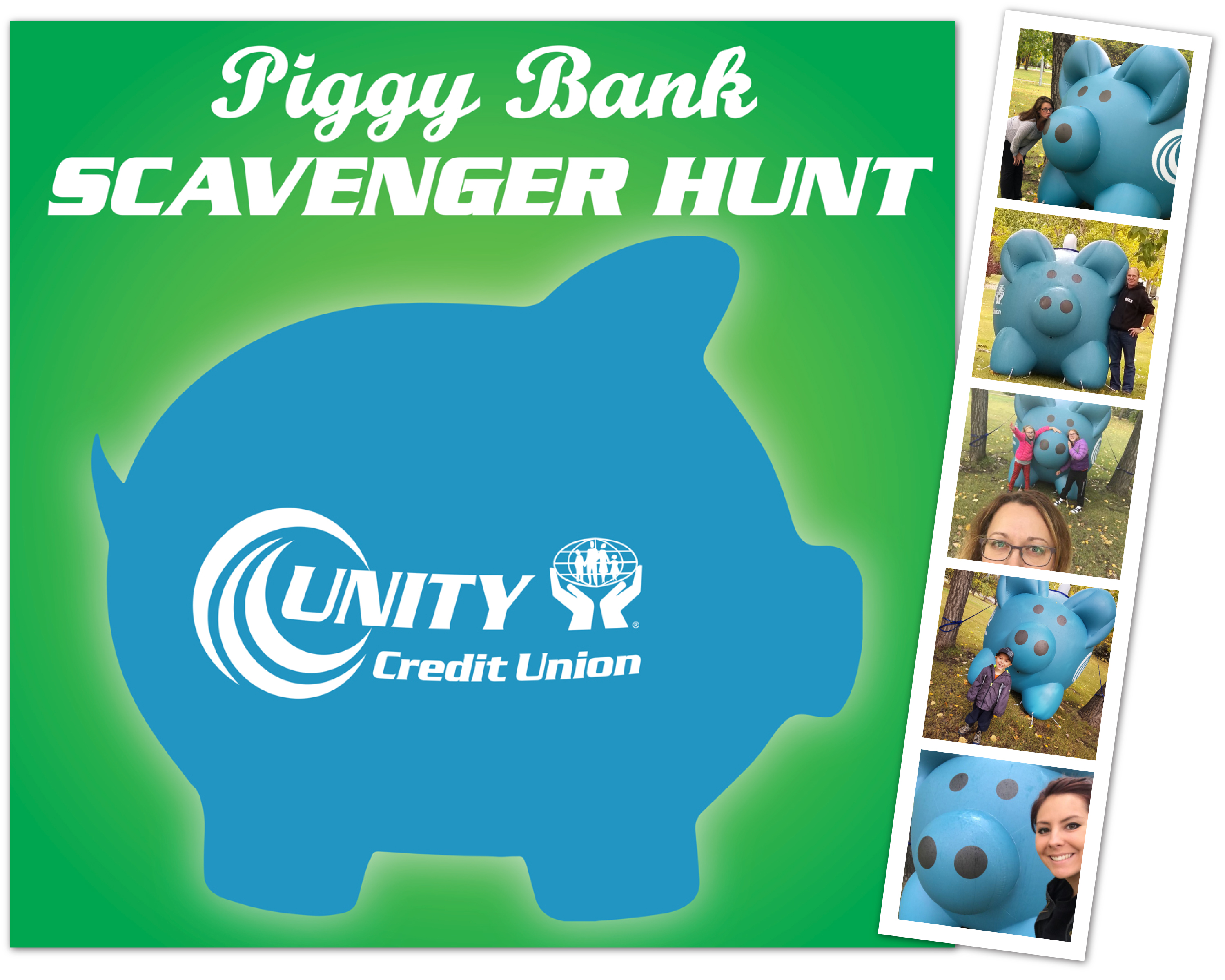 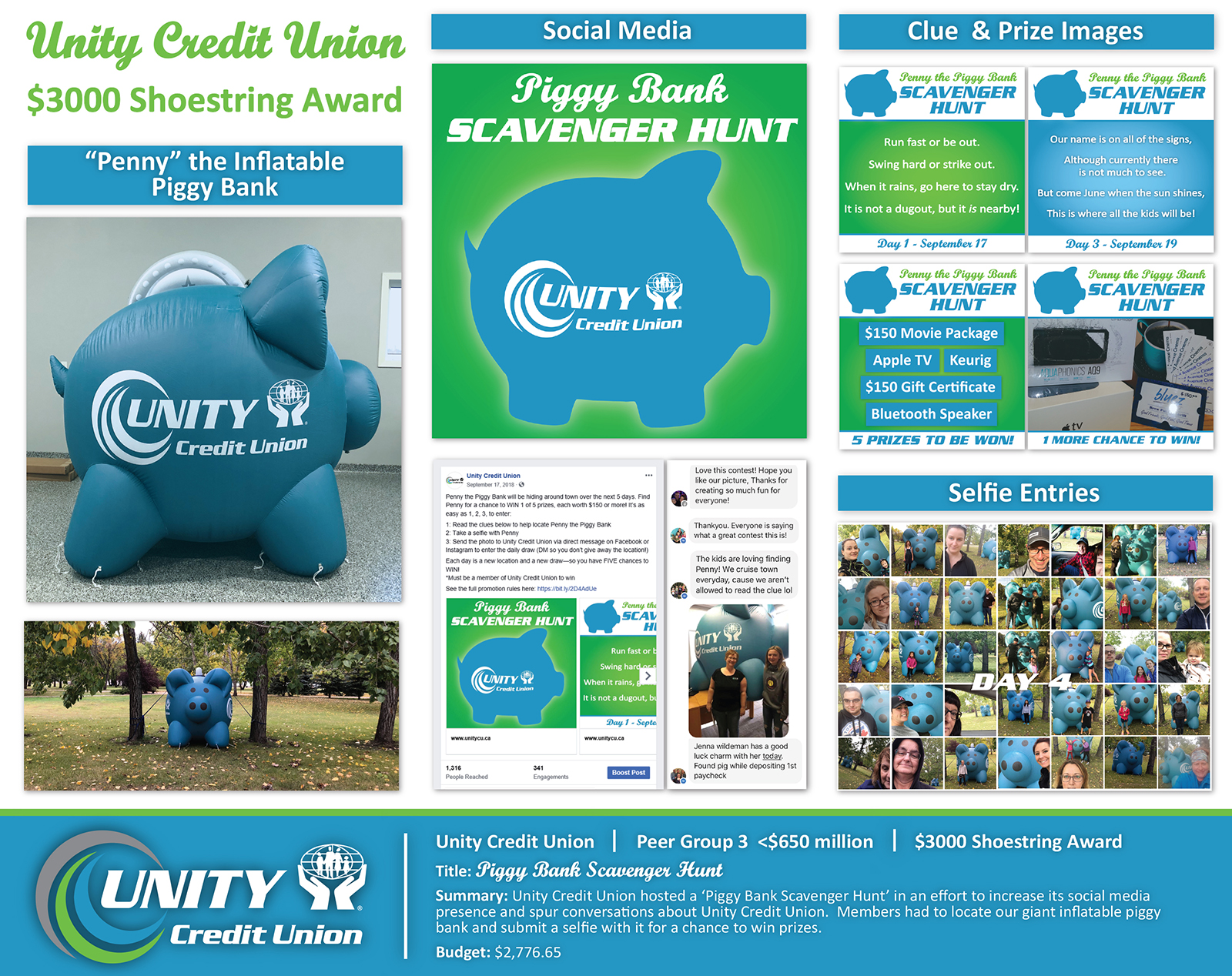 During the week of September 17-21, 2018, Unity Credit Union executed a special marketing promotion/PR stunt to gain the attention of members and spur excitement in Unity, Saskatchewan—a small community of approximately 2,500 people. The stunt included a giant inflatable piggy bank, branded with Unity Credit Union’s corporate colour and logo, and nicknamed ‘Penny’ by staff. Each day of the week, they hid Penny in different locations around Unity and posted clues on their Facebook page to guide their members. The objectives were to spark conversations about Unity Credit Union in the community and provide their members with a fun and engaging game to play. Furthermore, the goal was to increase their social media presence and engagement. We also anticipated this promotion would build their brand recognition and offer members a more personable and fun relationship with Unity Credit Union. Over the five days, Unity received 158 selfies, many from members who would not normally interact with their page, from young kids and teenagers to their senior members. Unity Credit Union’s Facebook total page views increased by 720% during the promotion to a daily average of 484, likely due to people checking the page daily for the next clue. The Facebook posts reached 5,918 people and total engagement/post clicks were 1,915 during the campaign.