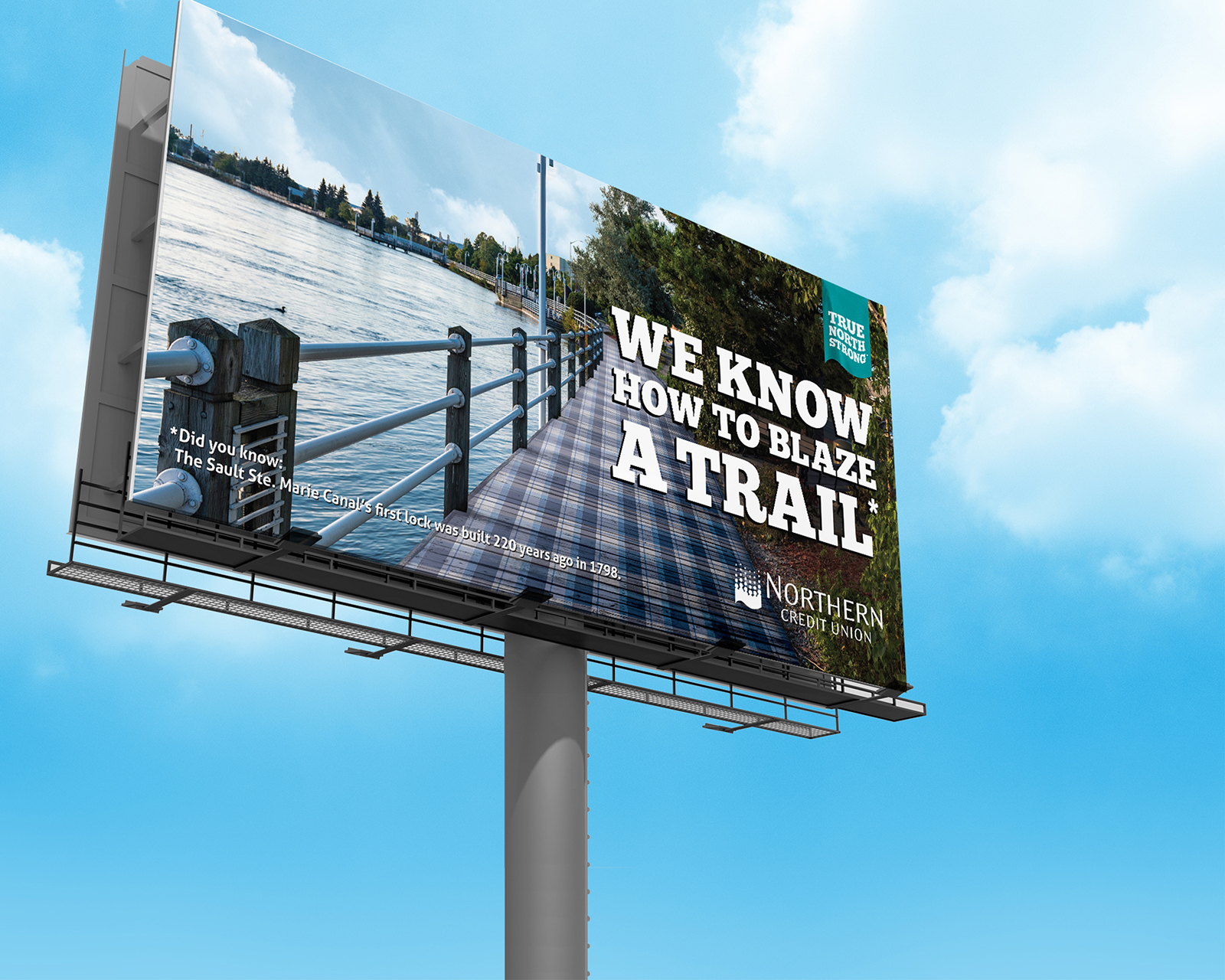 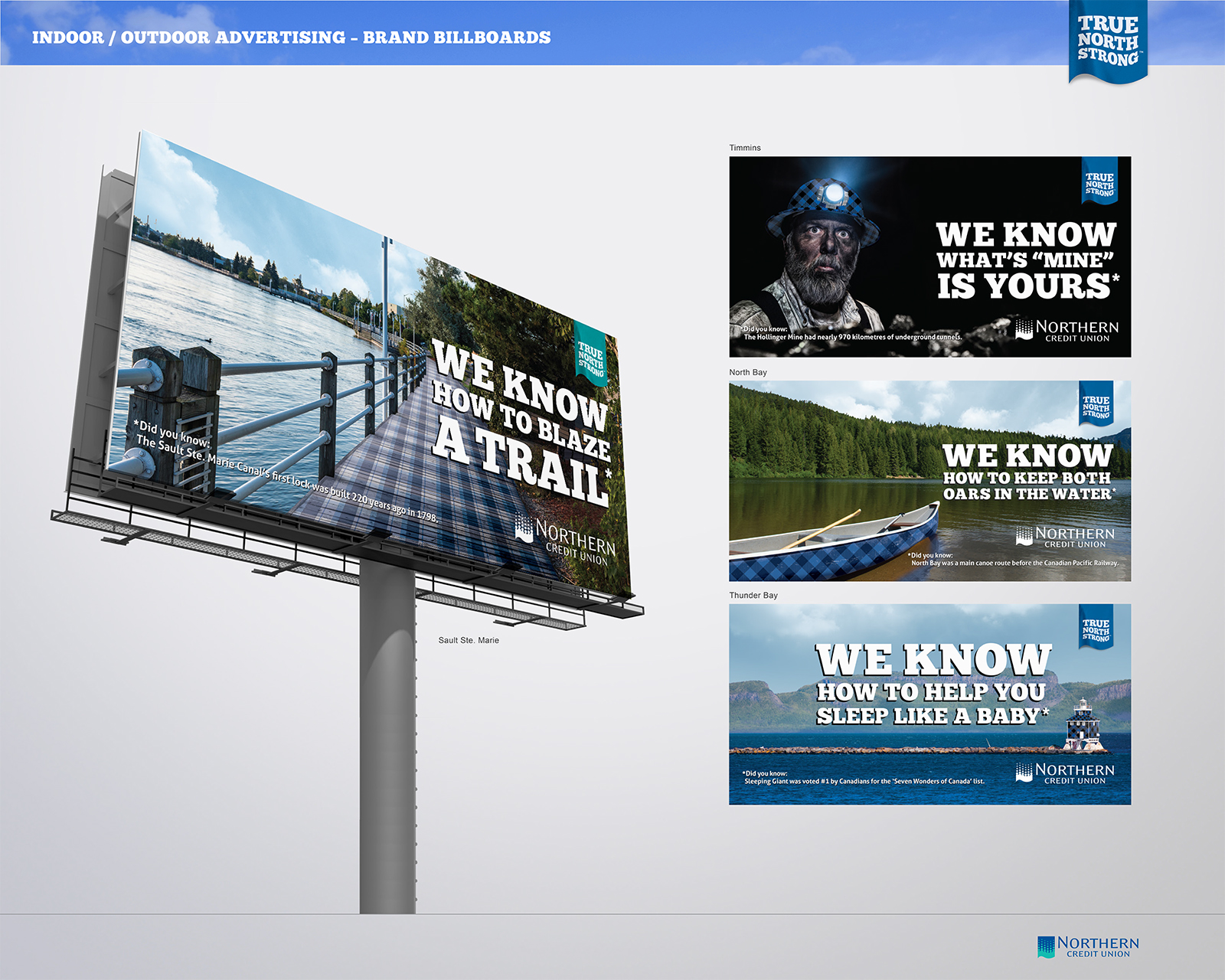 For 2018, Northern Credit Union (NCU) wanted to do something a little different with its brand awareness campaign. The strategy for 2018 remained the same from previous years in that the credit union sought to strengthen its relationship with current members and encourage non- member Northerners to buy into its value proposition. The shift for this year’s billboards was a stronger tie (along with a unique spin) on its creative platform of ‘Yeah. We Know.’ NCU’s brand awareness campaign featured numerous digital and traditional channels. For the latter, billboards displayed in various Northern Ontario cities and towns played a big role in the campaign’s success in particular. Billboards featured in NCU’s 2018 brand awareness campaign took a geo-targeted approach by paying homage to the city or town they were displayed in. For instance, Sault Ste. Marie’s billboard showed an image of a plaid-coloured boardwalk and hub trail with the headline “We know how to blaze a trail”. The messaging reinforced the creative platform of ‘Yeah. We know’ by telling targets that NCU not only knows (and appreciate) their specific city or town, but NCU also knows how to help them reach their financial goals. It demonstrated that NCU knows (and loves) the communities of Northern Ontario, reaffirming its true passion for the North and all the communities that call the region home.