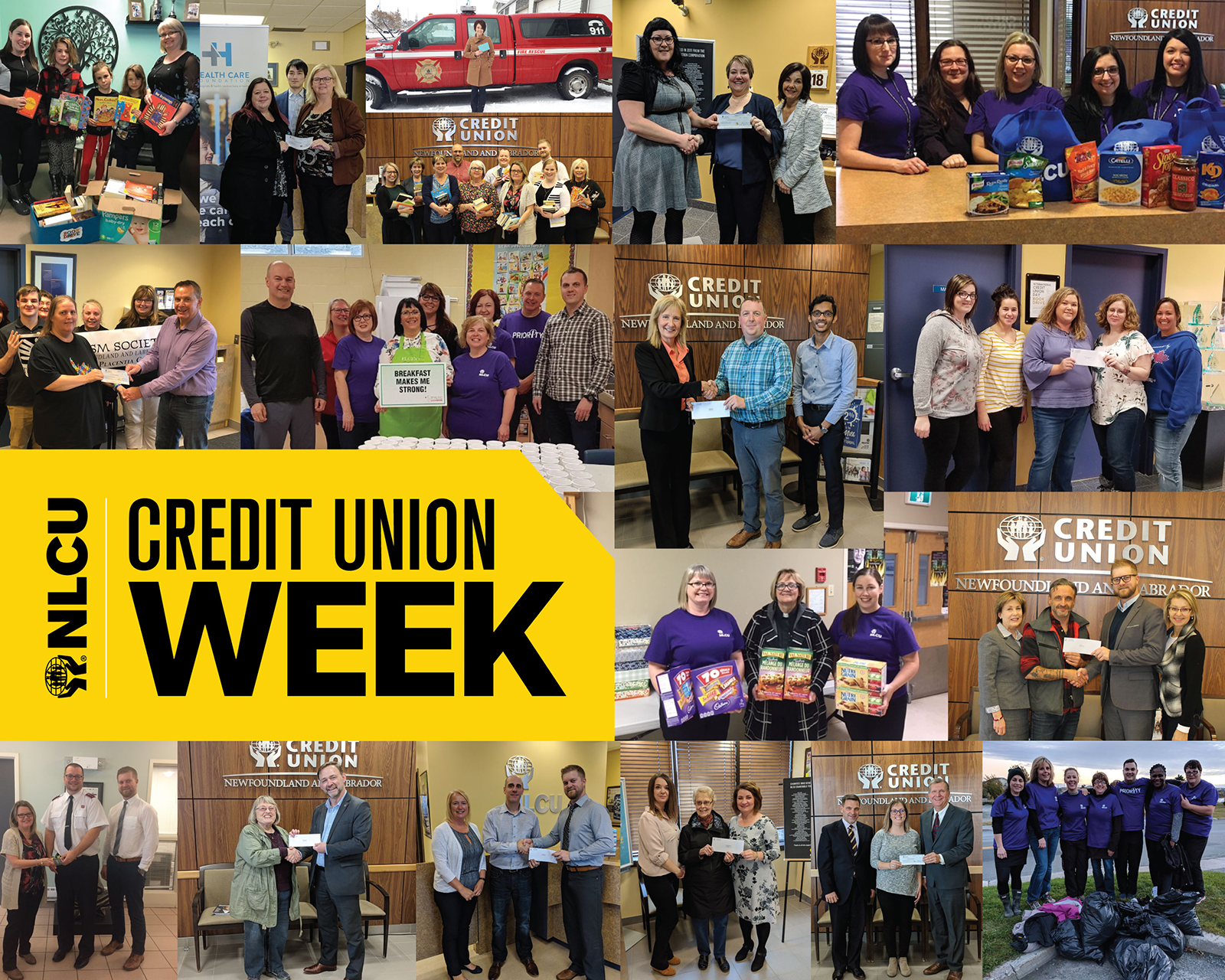 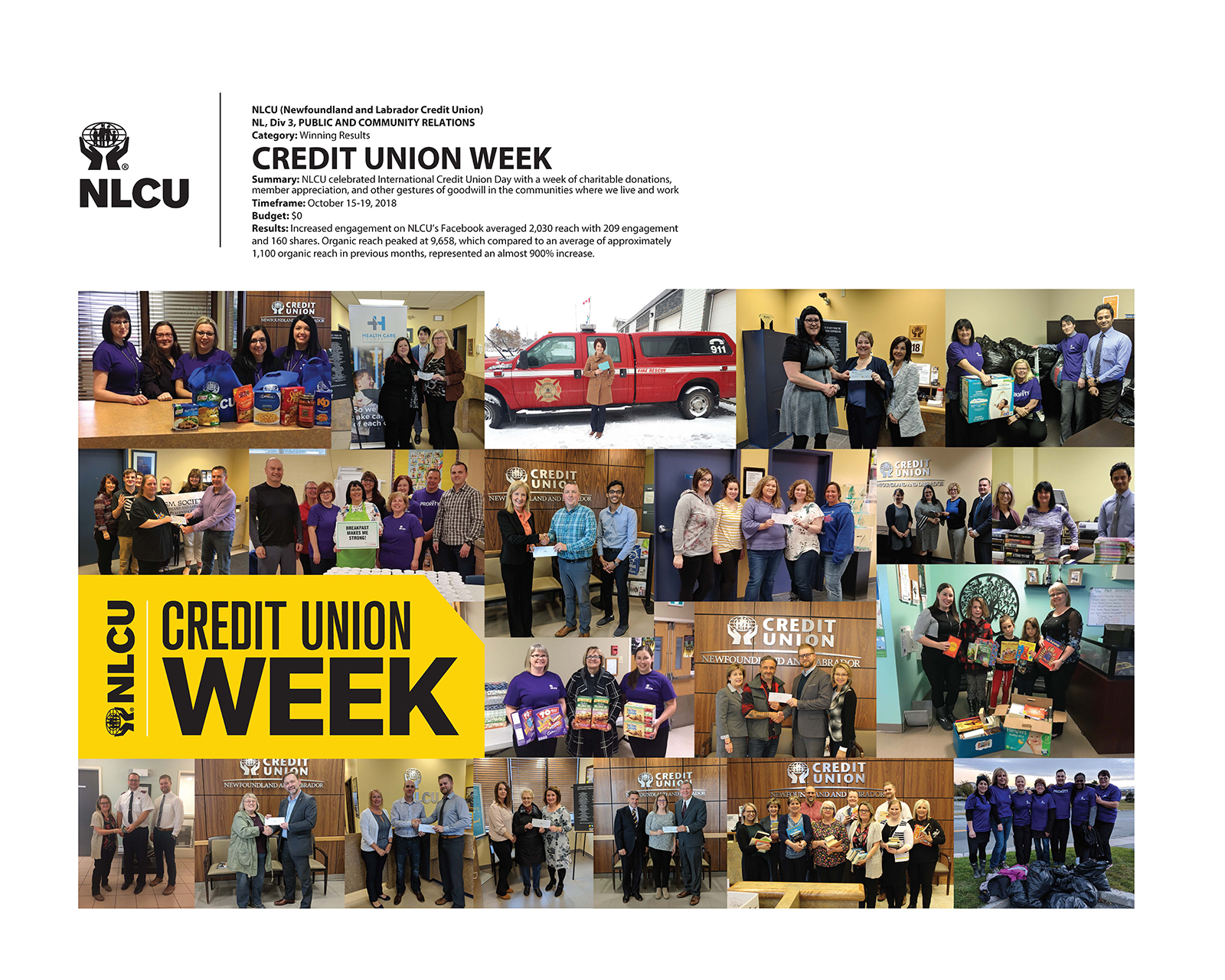 Newfoundland and Labrador Credit Union introduced a number of initiatives during the week of ICU Day designed to show appreciation of their members and increase their community impact. These additions included draws for a $100 prize at each branch, a series of donations to local charities, branch teams performing Acts of Kindness for their local communities, and an organization-wide book drive supporting local libraries, schools, and charitable organizations. Ultimately, the additions to NLCU’s ICU Day celebrations were very successful, and well-received by members and the general public. NLCU’s efforts generated local media coverage, including features in online and print publications, and radio coverage. NLCU also generated a tremendous amount of content (photos, stories) that were shared on its various social media channels throughout the week of ICU Day, including Facebook, Twitter, LinkedIn, and Instagram, as well as on its website. The initial survey posted on NLCU’s Facebook page, which had just under 1900 followers during the week of ICU Day, reached over 25,000 individuals, and was shared 236 times with over 2,200 total engagement. Posts made throughout the week of ICU Day, the 4-day period of October 16-19, averaged 2,030 reach with 209 engagement and 160 shares. Organic reach peaked at 9,658, which compared to an average of approximately 1,100 organic reach in previous months, represented an almost 900% increase.