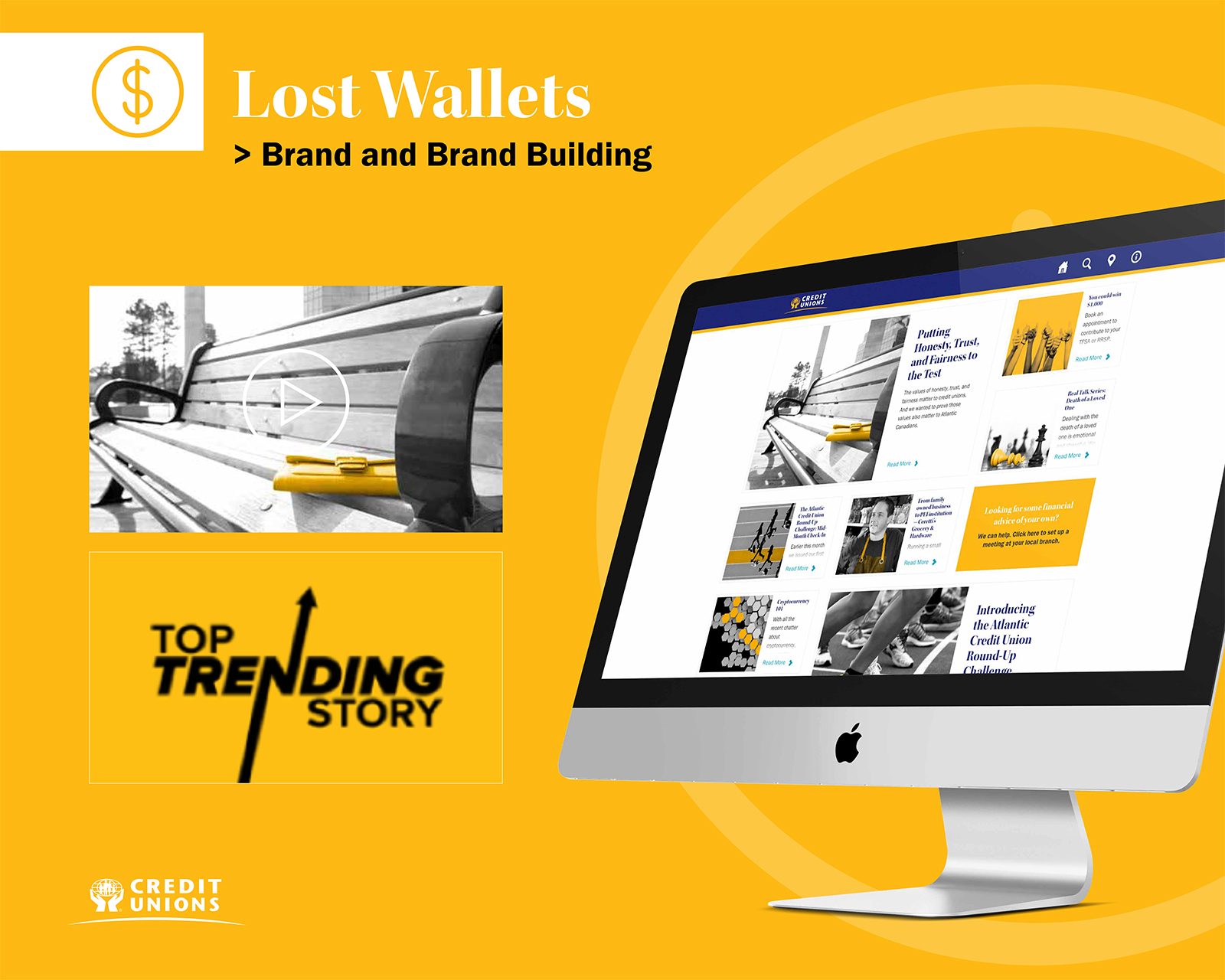 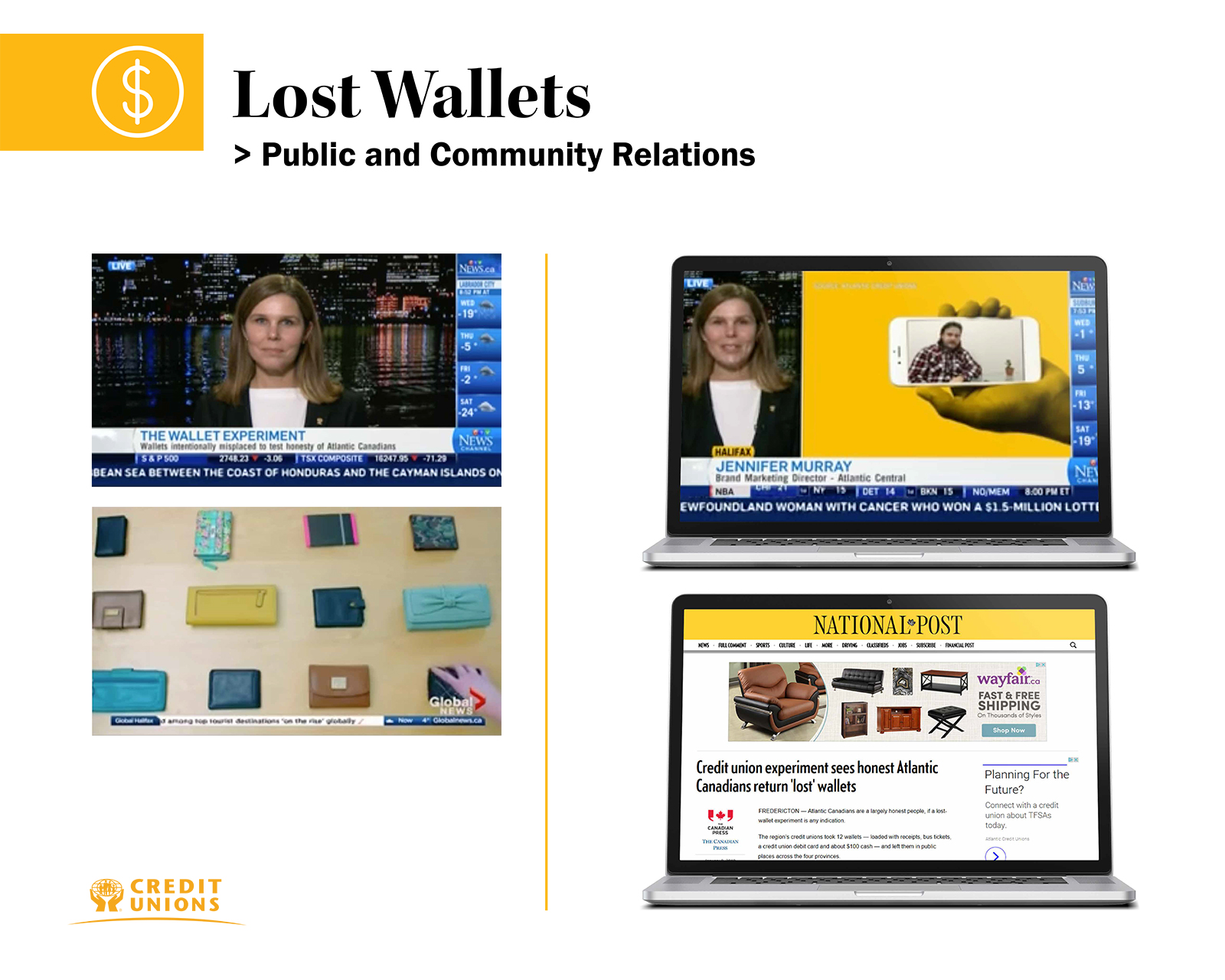 Honesty, fairness and trust are part of the DNA as Atlantic credit unions. These values shape the ways Atlantic credit unions do business - from the expert advice provided to members to interactions with their communities at large. We also had a hunch that these values matter to Atlantic Canadians and decided to put this theory to the test by dropping 12 wallets in communities across the region. Each wallet contained all of the usual items - receipts, cards, a credit union debit card and roughly $100 in cash. If the theory provided correct, the ""lost"" wallets should find their way back to the team. The results didn't disappoint. Out of the twelve lost wallets, nine found their way back - all with the cash still inside. While this was a great news story to be able to share, the results of the Lost Wallets experiment offered a unique opportunity to build awareness around who we are as credit unions by starting a conversation about the core values we already share with the people in our communities in a way that was both relevant and engaging. The story was pitched to media outlets and shared through social/owned media channels. Lost Wallets received 300 media hits (including The National Post, CTV News Canada, The Financial Post). Lost Wallets case study video received 21,000 views on YouTube. With a paid media boost, the video was viewed more that 233,000 times. Engagement on owned social channels reached 21,386 sets of eyes, 323 and 21 comments on Facebook and 3,890 impressions and 130 engagements on Atlantic credit unions' Twitter account. The results of this experiment were very positive and achieved the objective of building awareness of credit unions across Atlantic Canada and aligning the values with those of Atlantic Canadians and positioned them as the honest financial services option.