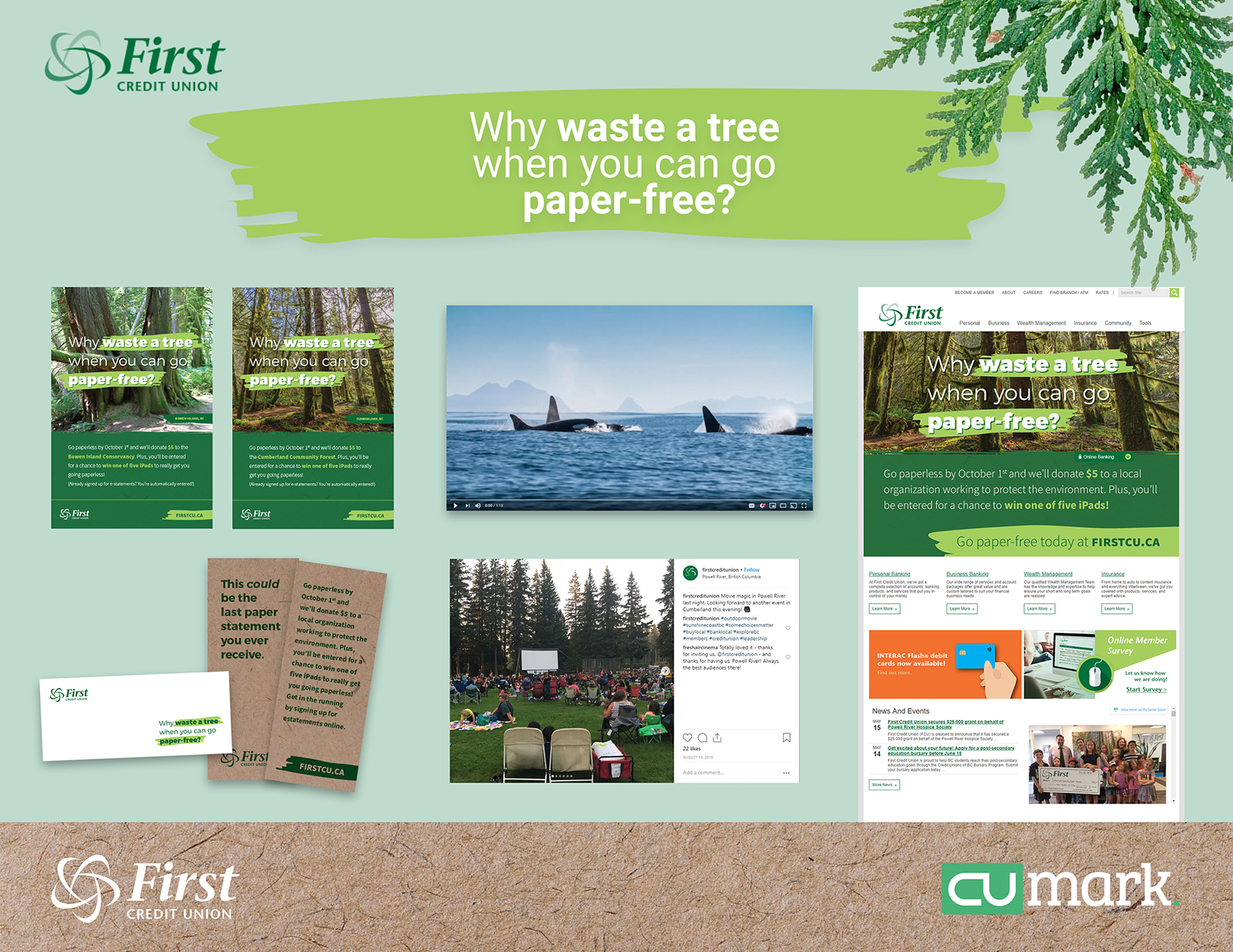 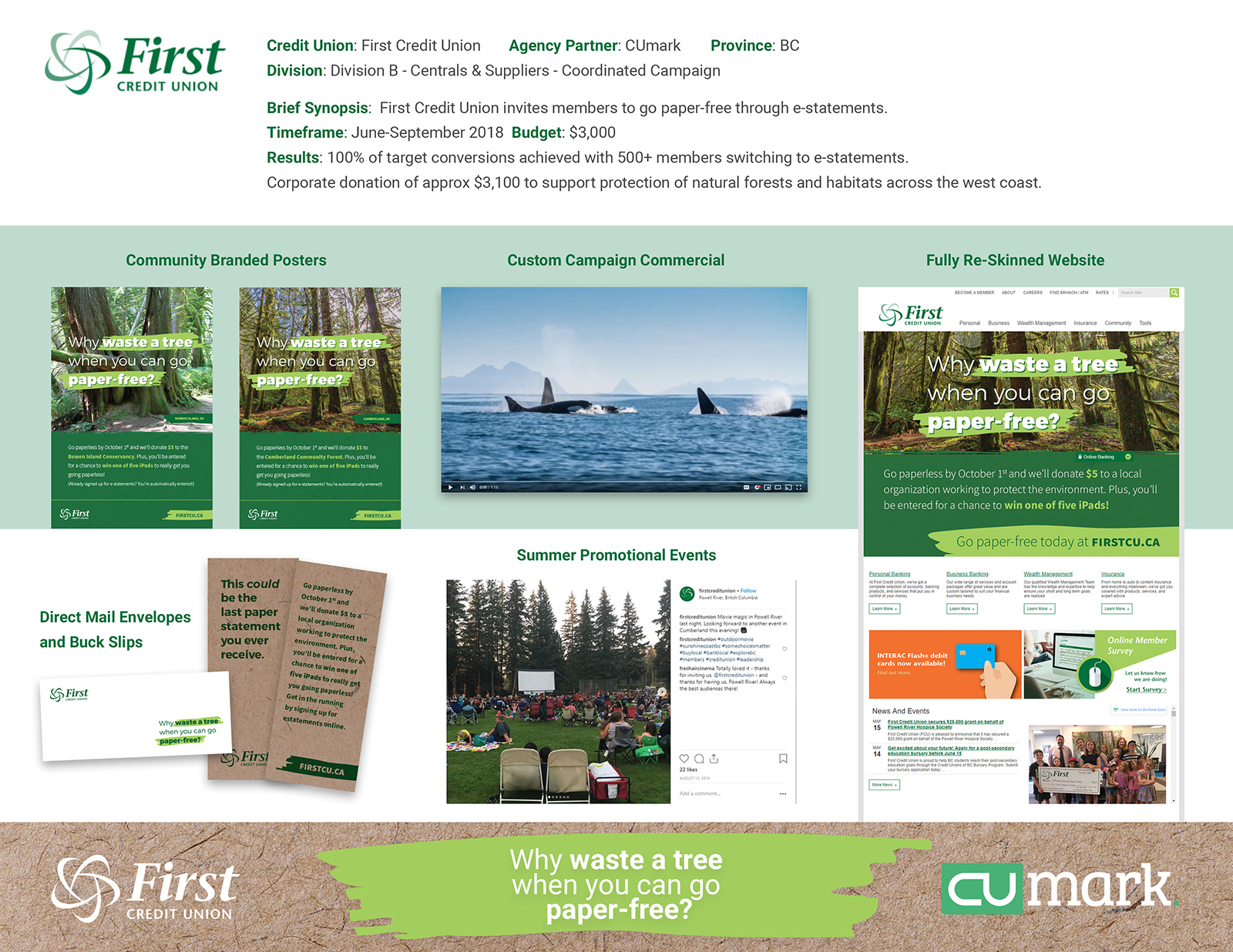 First CU wanted to encourage people to switch from paper statements to e-statements. By doing so, they would be able to reduce operating costs and also help the environment by eliminating the need for hundreds of trees to be cut down each year. As a west coast credit union serving some of BCs most unique and diverse communities, the challenge was to get the message out to members who do not regularly use digital marketing channels, including online banking. They did so using a mix of traditional and digital methods, as well getting creative in their execution. Recognizing that First CU had a diverse audience in several west coast communities, a coordinated campaign was developed to try and connect with each member at least three times during the four-month campaign. The campaign was a resounding success, with more than 500 members switching to e- statements between June and September 2018. In addition, several new members joined the credit union after viewing the promotional video at First’s summer movie night events. Total savings for those who switched to e-statements was more than $6,700/year.