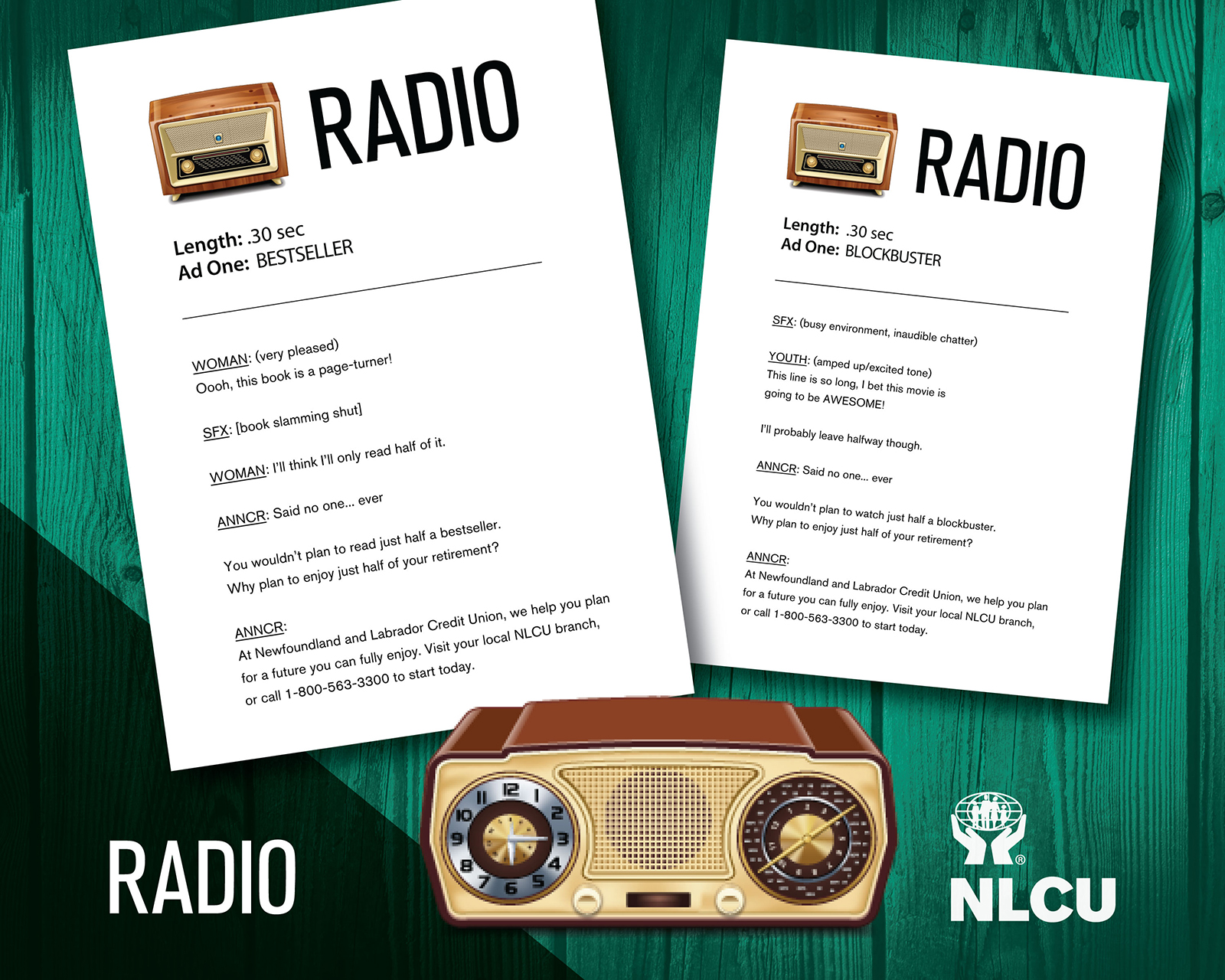 NLCU’s “Don’t Half Retire” radio advertisements specifically ask the question: “why plan to enjoy just half of your retirement?” NLCU developed two, 30-second ads that aired province- wide. The “Don’t Half Retire” radio ads were designed to attract members and non-members who were concerned about their retirement planning or who did not have a complete retirement plan in place. The messaging of each ad presented a comparison between retirement planning and a common task that most would complete once started. In one ad, the speaker exclaims that the book they are reading is a page-turner, before concluding “I think I’ll only read half of it”. These statements were followed by an announcer stating: “Said no one, ever,” before explaining that you wouldn’t plan to finish half a book, so why would you only plan for half of your retirement. At NLCU we understand that saving for retirement is among the top financial stressors for consumers. By framing their retirement planning as something as ubiquitous as reading or watching a film, we are telling them that retirement planning should be top-of-mind and something that should be treated as a goal which must be completed.