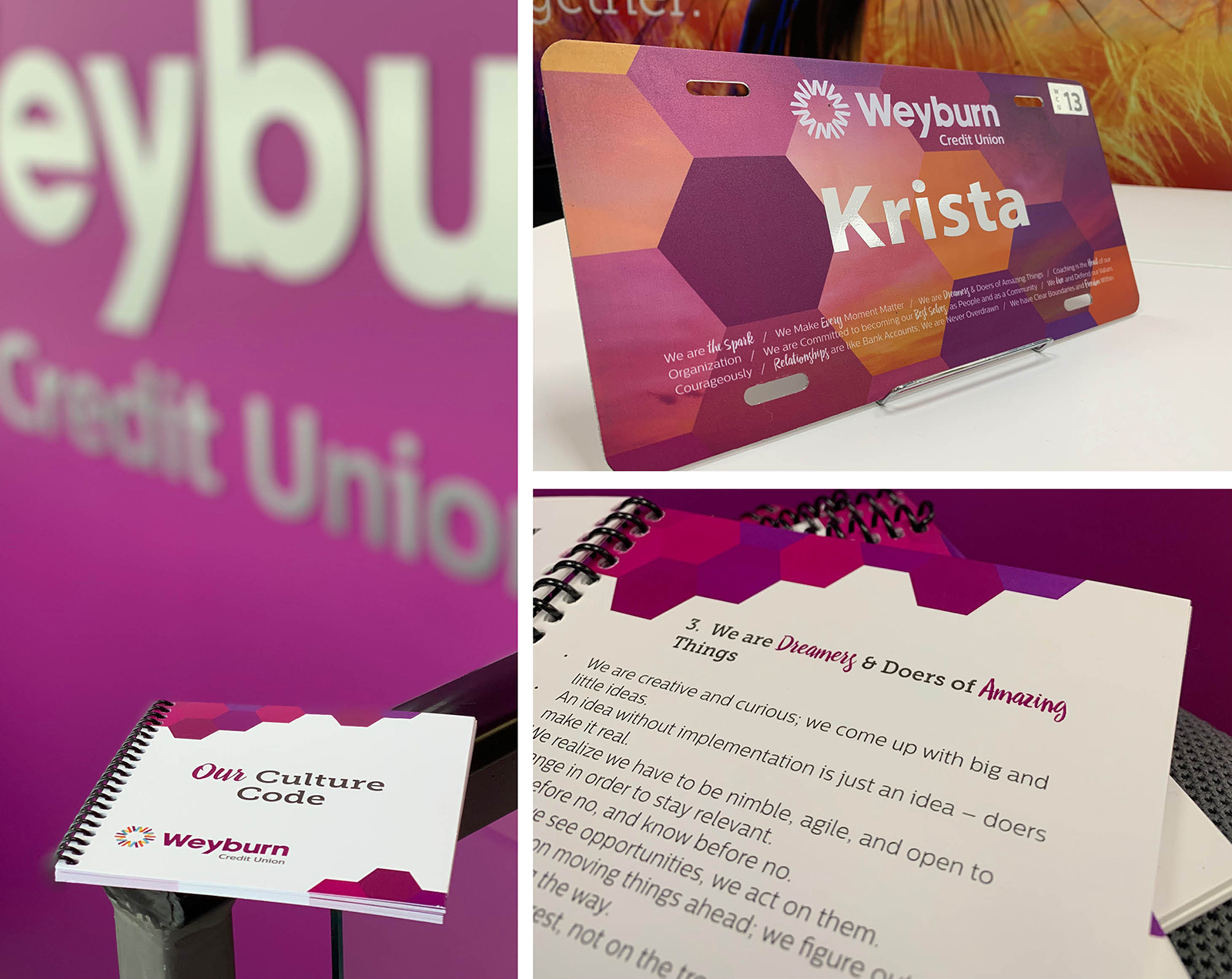 Weyburn Credit Union has made culture their number one focus. Whether managed or not, every organization has a culture. Their culture had evolved over the years and was not clearly defined or enforced. They found they had a good culture, but not a great one and they tackled that challenge head on. Weyburn gathered a focus group of engaged employees and managers to define where the credit union was and where they wanted it to go and assembled it in to a culture code. The culture code is part who Weyburn is and who they aspire to be. To roll out the culture code to staff, they closed the branches early (because it’s that important!) and threw a party, of course. At the party, the code was rolled out in a presentation and video starring WCU employees followed by a candy buffet and games. Weyburn followed up the party with more formal training as well as individual coaching sessions between employees and managers. To take it one giant step further: 50% of all profit sharing payouts in 2019 will be based on the employee’s performance in regards to the culture code.