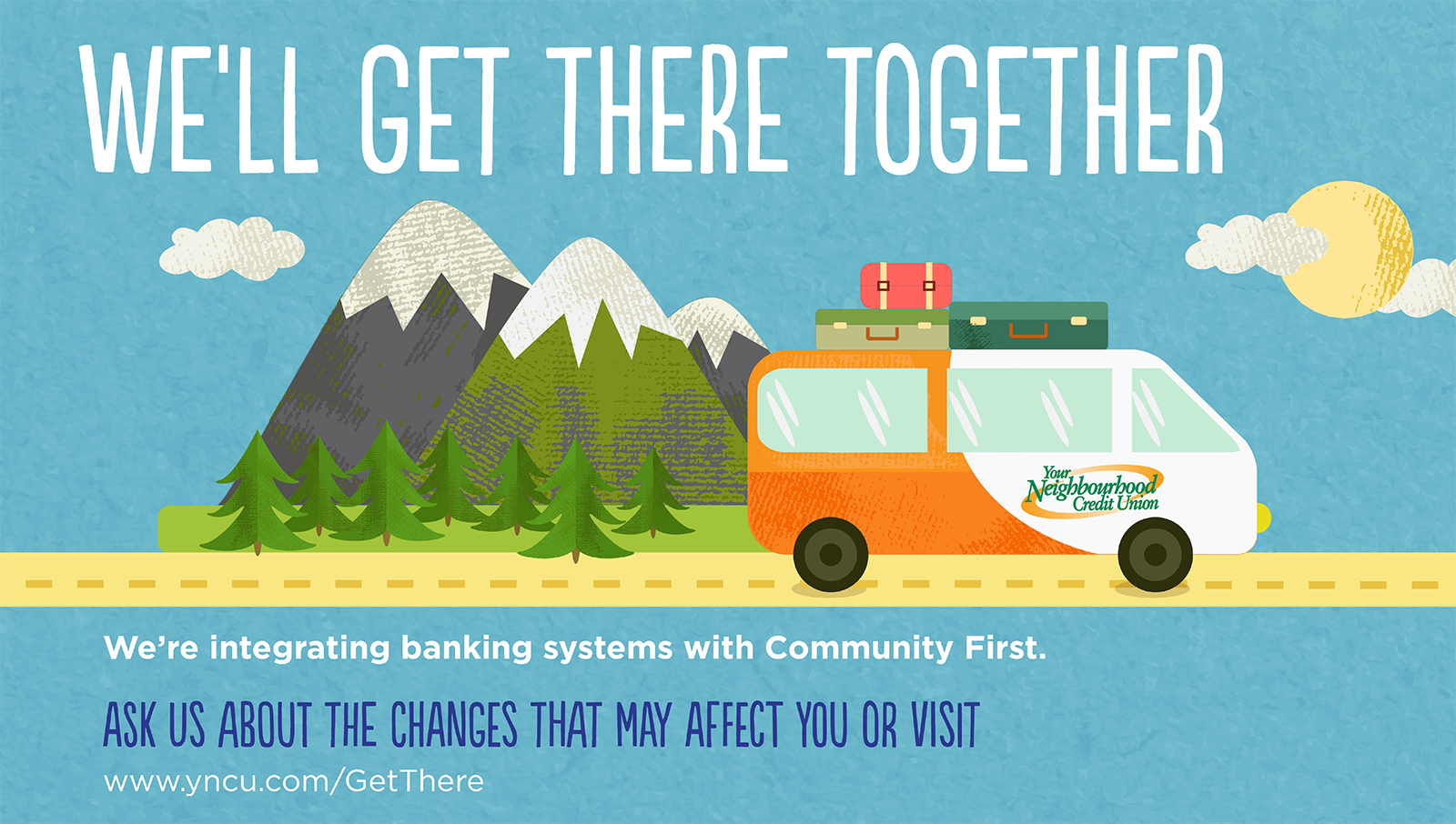 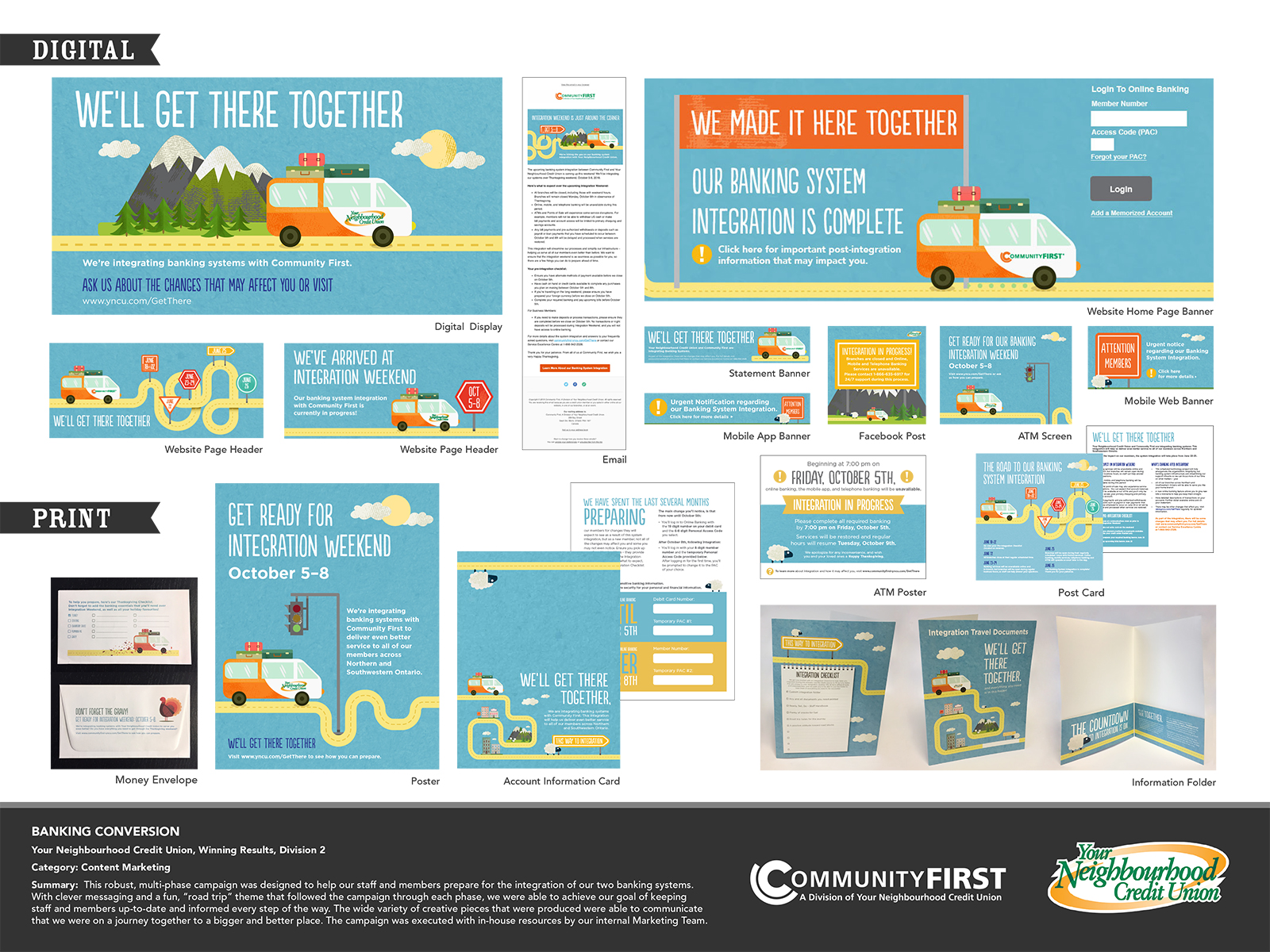 The Banking Conversion campaign targeted YNCU’s entire member base as well as all staff with clever messaging and a “road trip” theme, which took them through the pending changes to the banking system. The “packed-to-the-brim” travelling van was the common image throughout the campaign and was seen on all messaging from its “we’ll get there together” start to the “we’ve made it” grand finish. With the use of “Change Ahead!” street signs and “Ready, Set, Go” stop lights. With easy to digest messaging, the campaign showed that members were on a journey to a bigger and better place metaphorically and with a more robust banking application. The purpose of this campaign was to harmonize two banking systems to one integrated platform that could seamlessly serve the entire membership. This scheduled technology project fully amalgamated the organization, simplified the banking system infrastructure and streamlined support streams to focus more of YNCU’s time on what matters to members! This was to be communicated with a robust, six-phase approach which began early in the year. The six phases were: awareness, prepare, understanding, it’s happening, we’ve made it and post-integration messaging. Success was measured by looking at the addressed member calls in to the Service Excellence Centre during the Conversion and by conducting a staff survey to see how prepared they felt for the Banking Conversion process. 95% of all inbound calls were successfully answered during the conversion period, meaning that the members with questions or concerns were addressed by well-informed staff. The staff survey showed that 85% of all staff members felt prepared for the Banking Conversion and understood the clear objectives set out for them.