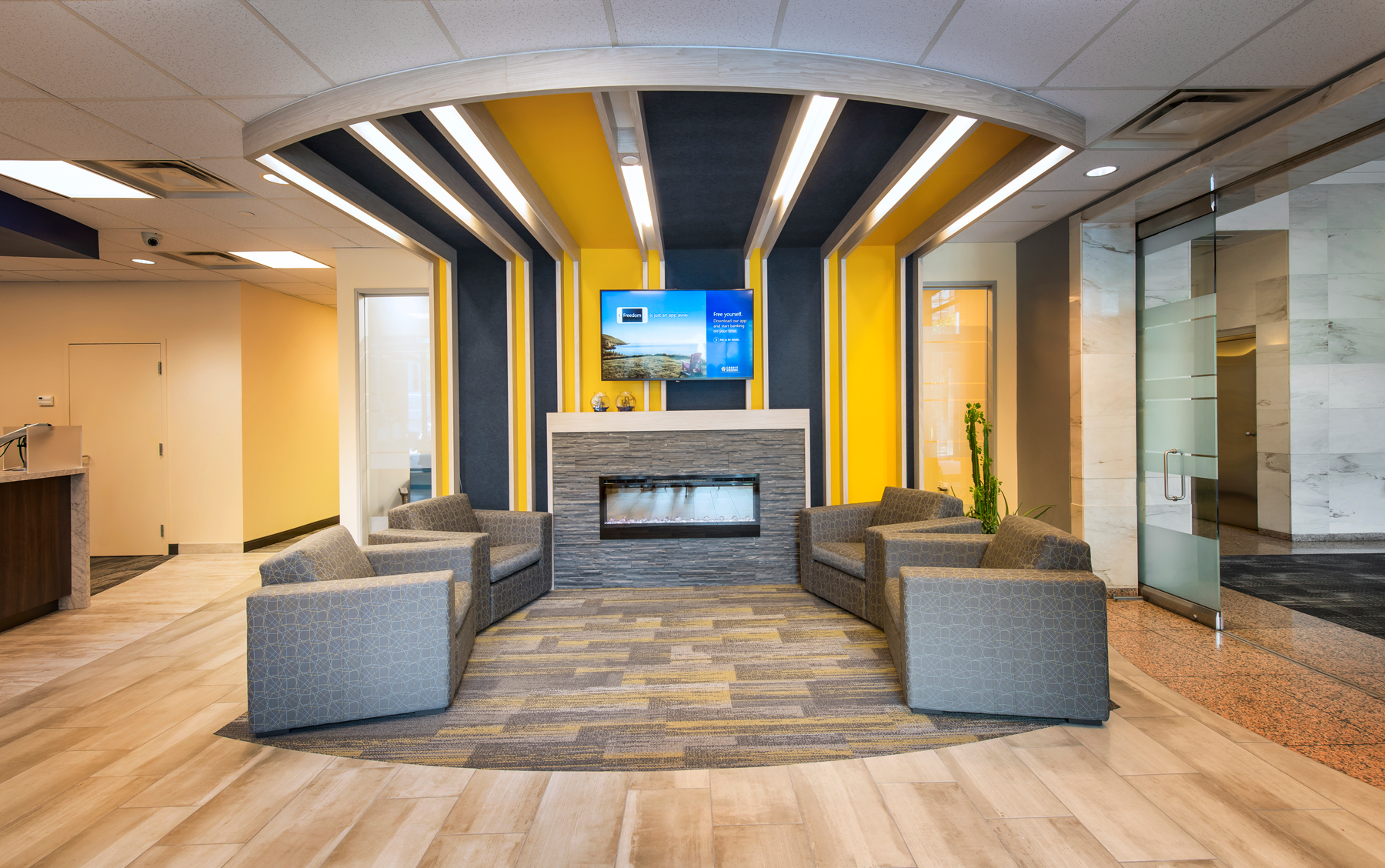 In 2004 Atlantic Central, which represents and supports the the credit unions of Nova Scotia, New Brunswick, Newfoundland and Labrador, and Prince Edward Island created a brand and marketing plan that was mutually adopted by the majority of the 49 credit unions that make up the system. In 2017/2018, Atlantic Central, and League Data, sponsored a further step towards brand cohesion by developing a consistent path for branch transformation that each credit union can take to further strengthen the system. Under the guidance of a credit union based working group, Atlantic Central engaged the services of NewGround to partner in this process. Together, we held an intensive exploratory workshop, called Ideation, where 11 credit unions contributed ideas. Following this, prototypes were created for four different scales of branches: 1. Flagship 2. Full Service 3. Express 4. Micro