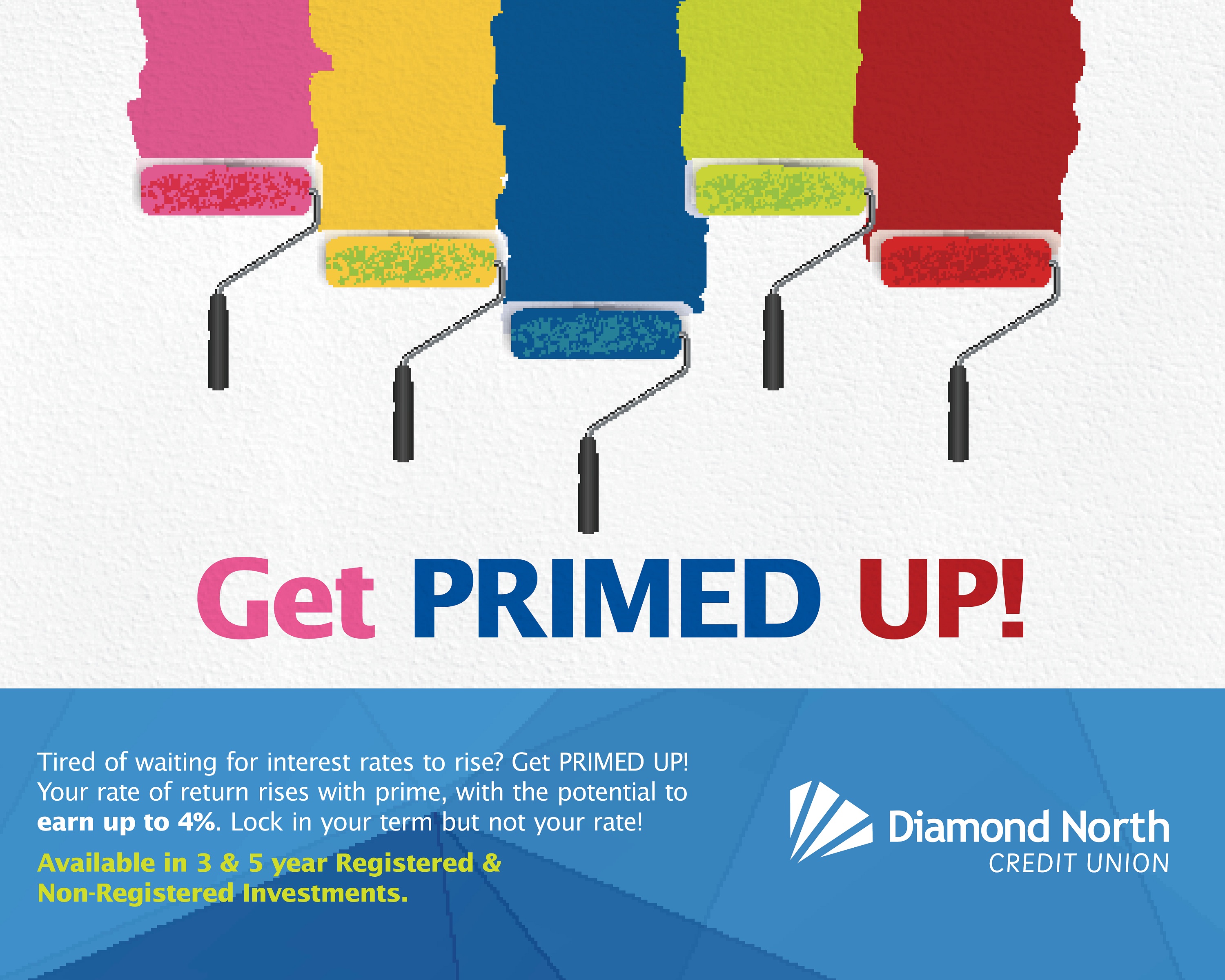 Due to the low interest environment Diamond North Credit Union was finding it increasingly difficult to attract on book deposits. When members were choosing a guaranteed investment there was a desire to lock in for short terms in the hopes that next year rates would be higher. In 2017 Diamond began to see a slight change to their interest rate climate with the increase of interest rates. To capitalize on this change Diamond North Credit Union developed a registered product that would be attached to prime interest rate but would lock in member funds for three and five year investment terms. Although this product was available on renewing and existing member deposits, the target of this campaign was new money. Based on the needs of Diamond North (during the latter half of 2017 and looking forward into 2018 and beyond), they needed a product that would attract new money to Diamond North Credit Union, was appealing enough to non-members and would gain wallet share of existing members. To accomplish their strategy they created a PRIMED UP product. This product was locked in for the term of the investment but the unique part was it is tied to prime rate, allowing the investor to benefit in a rising rate environment. Diamond North Credit Union set an overall organizational target and subsequent targets for each branch. This created focus and identified each branch’s responsibility for achieving organizational goals. • Attracted $2.3 Million in new money • Retained $7.6 Million in existing funds upon renewal which transferred into this product • ROI on new money = 7.6% over 4 years