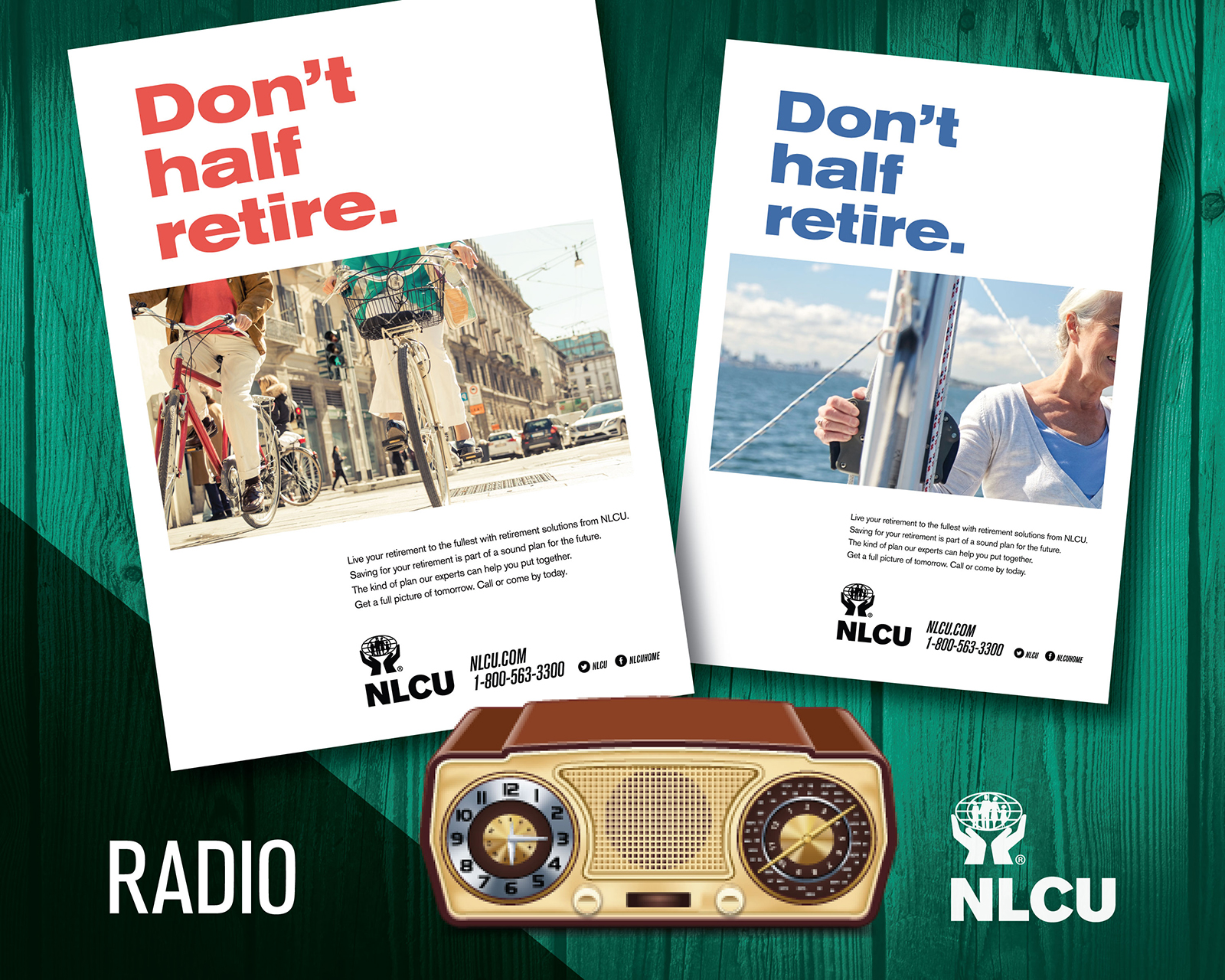 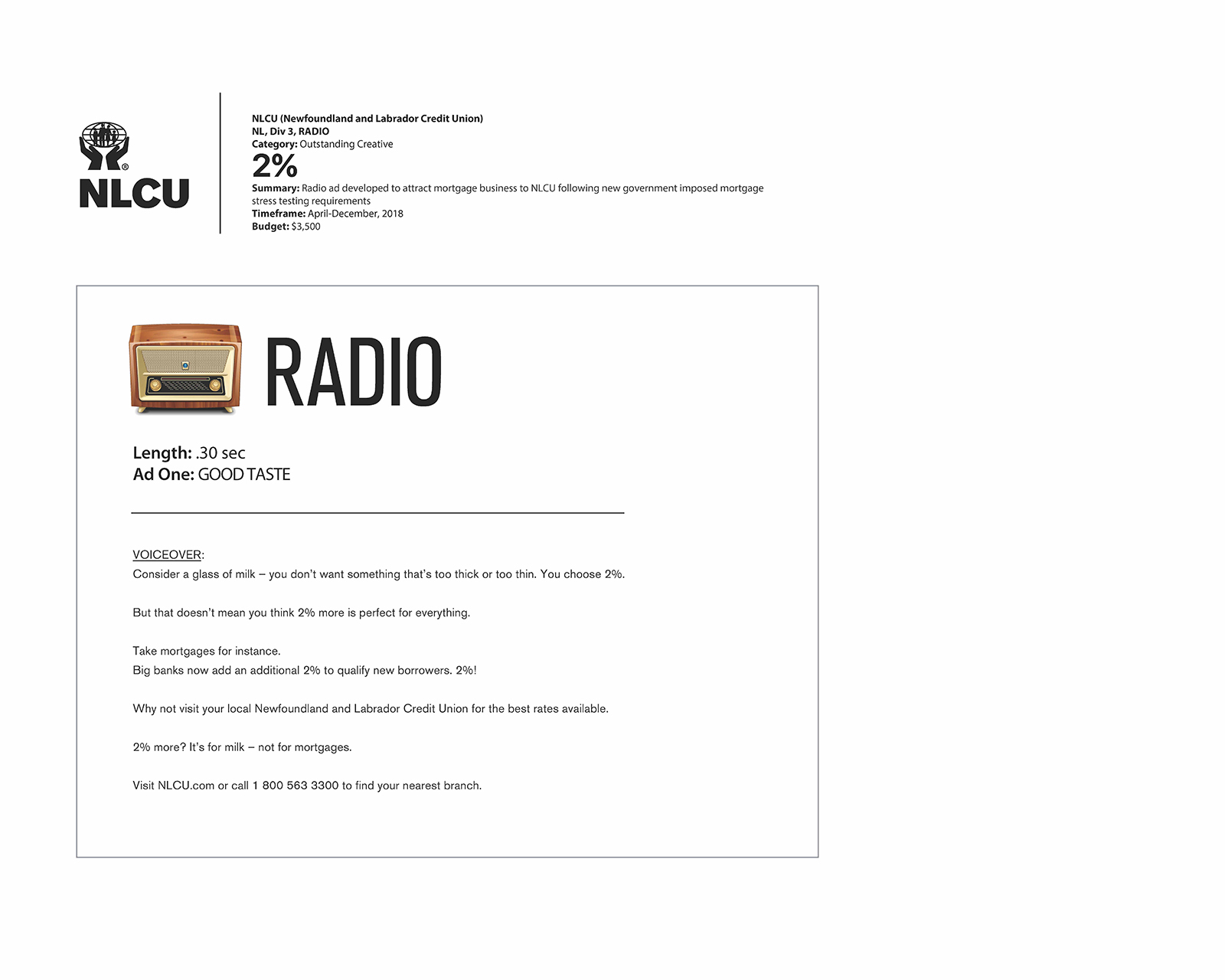 2% is for Milk, not Mortgages Radio

NLCU’s “2% is for milk, not mortgages” radio ad was developed to promote NLCU as an alternative financial institution for members and non-members who were sourcing their mortgages. In 2018 the Government of Canada introduced new mortgage rules that required federally regulated financial institutions to perform a mortgage “stress-test” for all home buyers, regardless of the size of their down payment. This stress test amounted to an additional 2% being added to the mortgage’s interest rate. As a provincially regulated financial institution, NLCU was immune to these changes, and thus sought to create an advertisement to inform consumers that there was a better option. The final radio advertisement consisted of a 30-second spot that aired province-wide. The messaging for the “2% is for milk, not mortgages” radio ad was designed to be both creative and informative. It played on the idea of the 2% rate adjustment brought about by the stress test by comparing it to a situation where 2% is very common – purchasing milk. 2% milk is a common product, therefore the imagery and comparison was easily recognizable for listeners. By communicating to existing NLCU members, as well as non-members struggling to qualify at their current financial institution due to the additional 2%, NLCU positioned itself as an appealing alternative to other financial institutions.