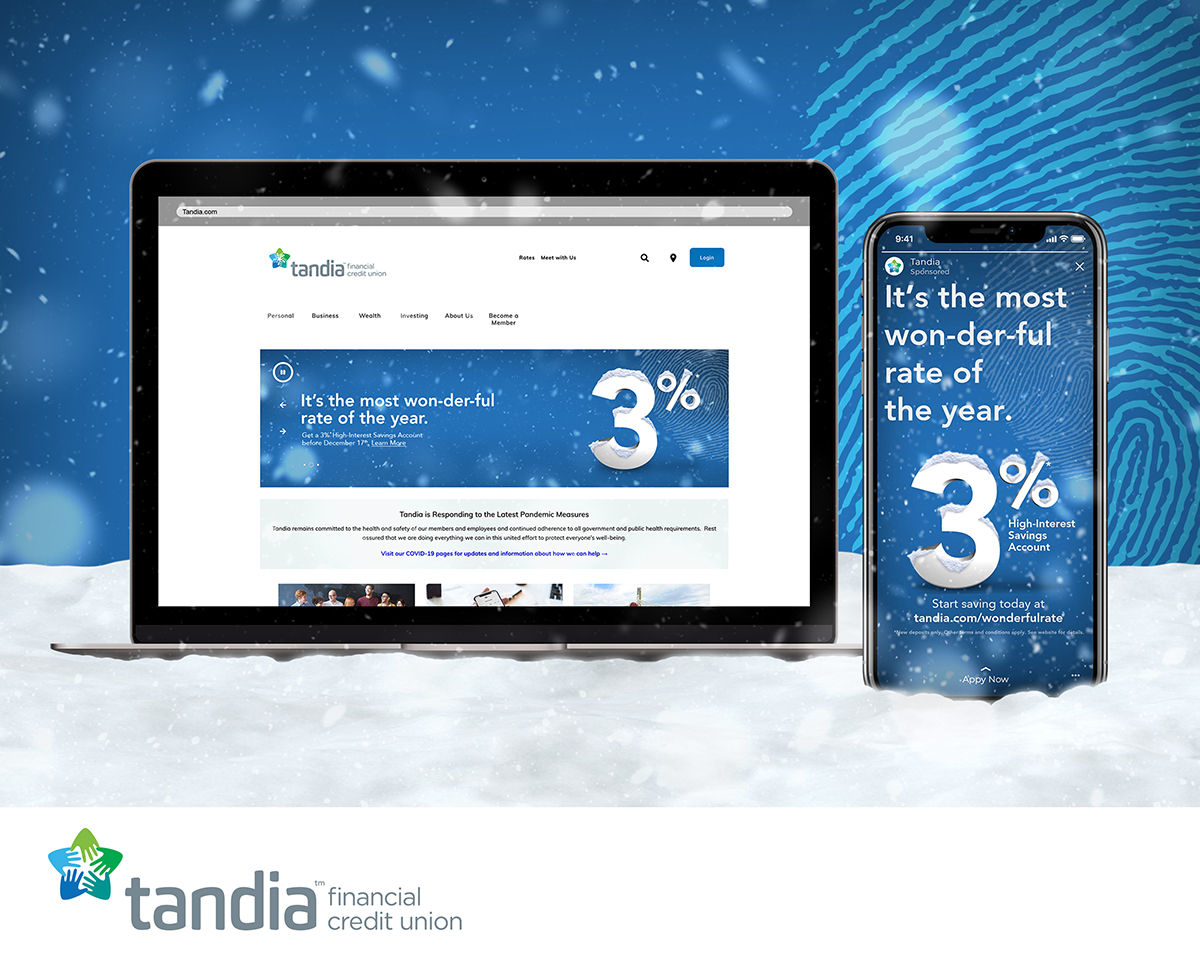 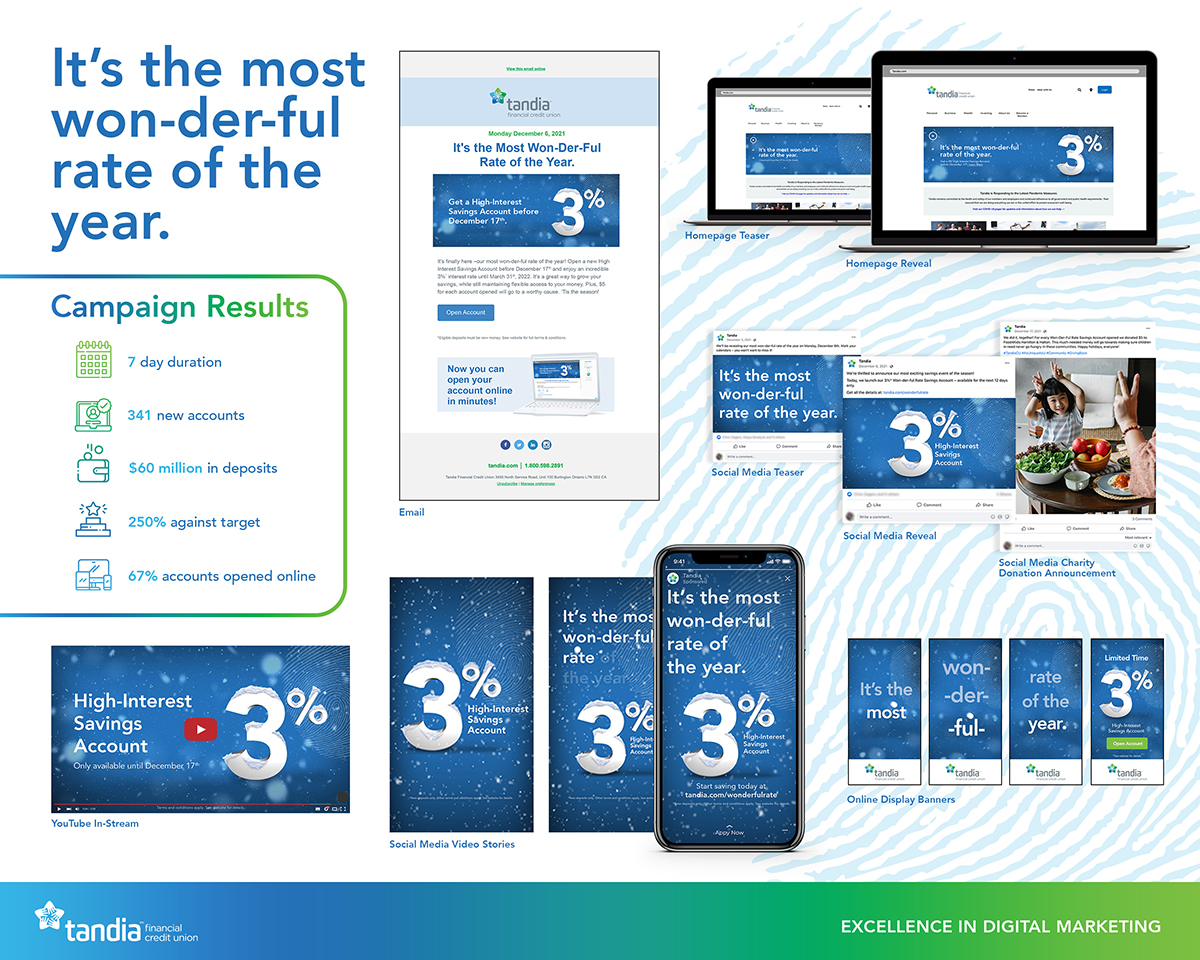 With a successful mortgage program in 2021, Tandia found itself in need of a strong finish to their deposit program to balance this growth. Experience with traditional deposit channels suggested the type of growth targeted would be difficult to achieve, especially during the month of December when most consumers are thinking more about spending than they are about saving. By early December 2021, COVID infection rates were beginning to rise across the province of Ontario and branch transactions were projected to be even lower than anticipated in November. This meant the opportunity to interact with members in a face-to-face environment was extremely limited. The digital campaign was scheduled from Monday, December 6 through Friday, December 17, 2022 with the goal of achieving $24 million in net new deposits through the campaign period. The primary target would be new and current members (aged 30-59). The campaigns budget was $40,000. GICs would need to play a role in longer-term member relationship development and share-of-wallet growth. However, we would need a product that was easy to acquire, simple to understand and that provided obvious value to members and potential members. That product was a seasonal spin on our high interest savings account, called the Won-der-ful Rate Savings Account with a promotional rate of 3%. Our creative centered around a headline that not only emphasized our main selling feature but was one you almost couldn’t help but sing – “The most won-der-ful rate of the year”. Tandia committed to donating $5 for every account opened during this campaign to Food4Kids, a local charity. The campaign was centered around Tandia’s account origination platform (ASAPP), driving traffic towards online (self-serve) conversion as our primary objective. Our media plan focused exclusively on digital properties that would get our message across quickly and effectively. These included Google Display, Search, Facebook Ads & Reels, Instagram Ads and Stories, YouTube Video Ads and email. Posters and in-branch video were used in-branch to help create awareness and aid in staff conversations. While planned for 12 days, the deposit goal was reach and the campaign wrapped up after 7 business days due to the overwhelming demand. Deposits reached $60 million, $36 million (266%) above target. More than 341 accounts were opened. Of the 340 new accounts, 133 were opened by existing members and 208 accounts were opened by new members; 67% of all new accounts were opened online with 33% opened in-branch. Ad performance was key to the overall success of the program. Overall impressions during the 7-day period exceeded 1.2 million with 1,140 clicks (.09% CTR). With an early end to the campaign, only 58% of the marketing budget was consumed ($16,709 vs. $28,970) realizing $12,261 in savings.