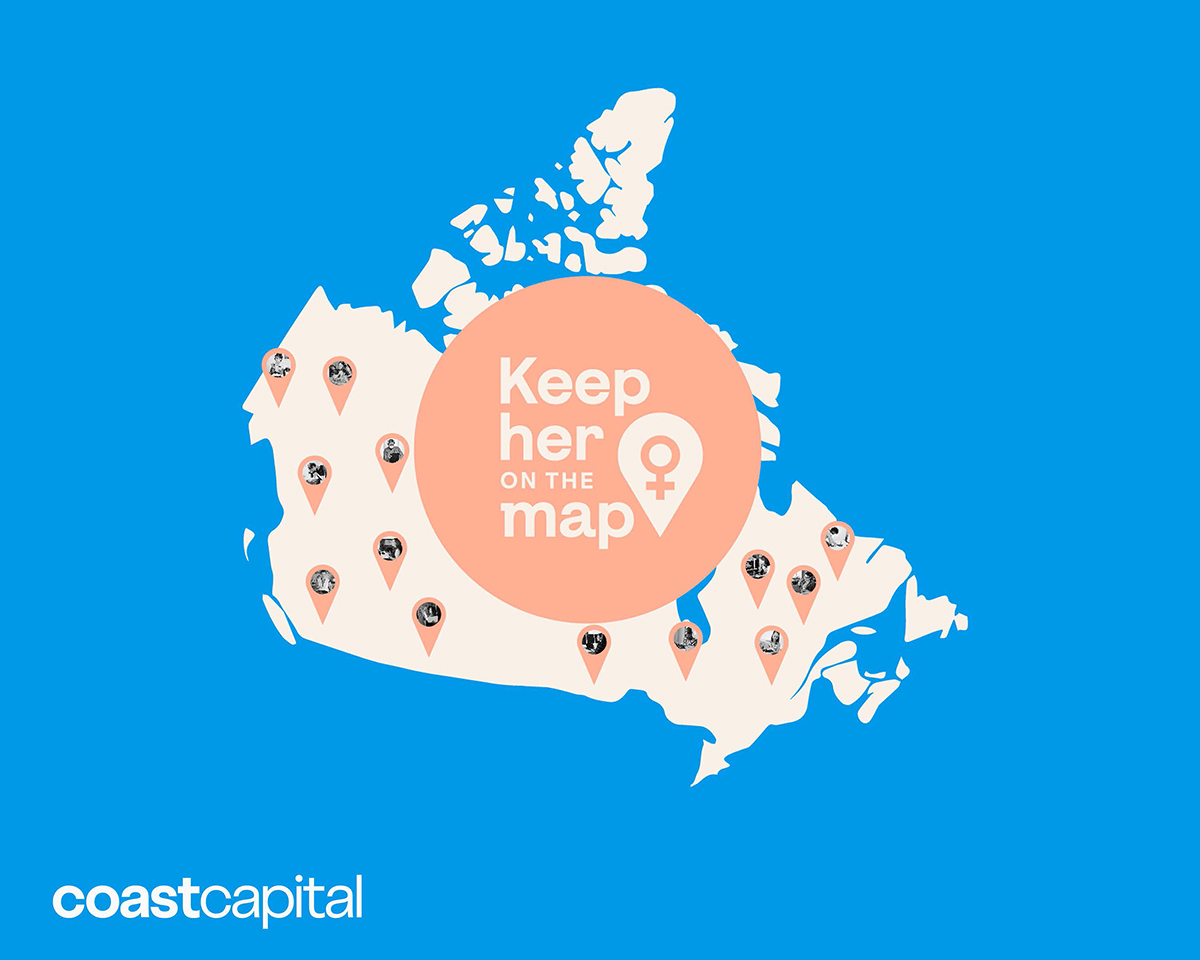 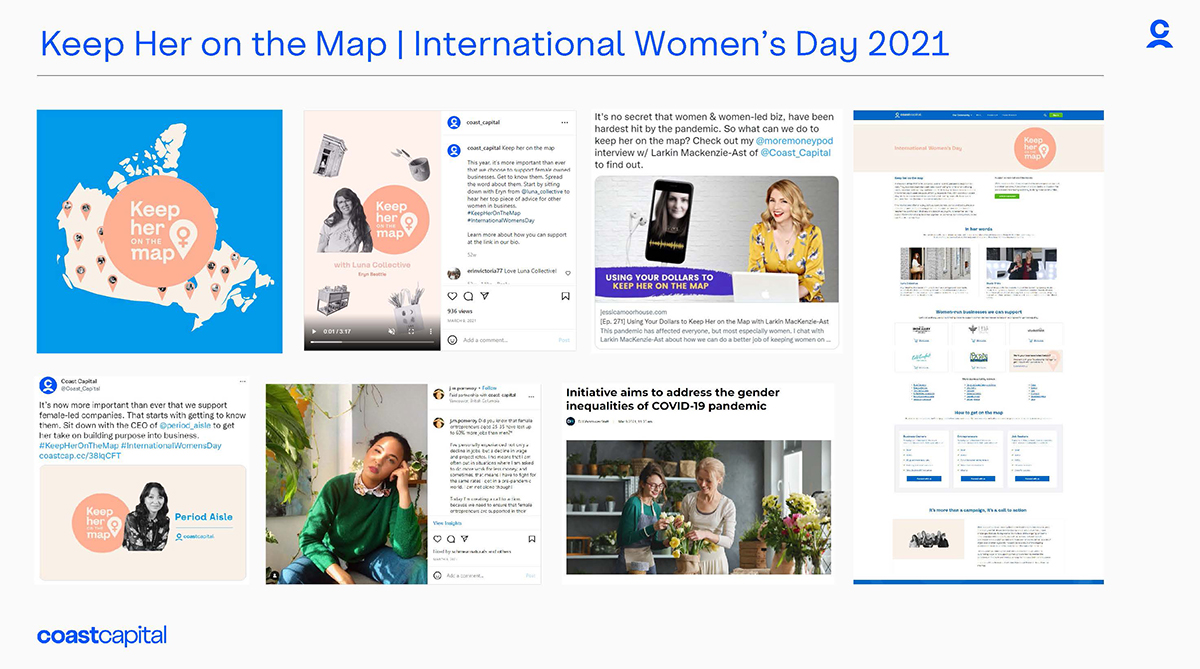 Keep Her on the Map

With the onset of COVID-19, millions of Canadians were grappling with job loss and financial instability. Research shows that women were disproportionately impacted with the female unemployment rates 60% higher than men. According to Unmasking Gender Inequity, a study published by the BC Women’s Health Foundation, over 50% of women in BC are employed in industries that were most affected by COVID-19, including healthcare, retail, and food services. Concentration of employment in these sectors led to a substantial increase in the unemployment rate of women in BC. Additionally, stay-at-home measures and the brunt of caregiving responsibilities meant women aged 25 - 55 lost up to six times more work hours per week than their male counterparts. Based on these critical insights, Coast Capital engaged marketing agency Cossette and PR firm Laura Ballance Media Group to build a campaign aimed at driving support for women in the workplace and beyond. Launched in March 2021 in alignment with International Women’s Day, Keep Her on the Map brought attention to the real challenges women are disproportionately facing while driving real action. At its core, the campaign sought to empower Canadian women by providing them with tangible advice, resources and tools to guide them through their situation and put them back on the map. Keep Her on the Map came to life across earned, owned, and paid channels. The external communications strategy consisted of earned media relations and a robust influencer program. Each tactic focused on highlighting the impacts of the pandemic on women, while positioning Coast Capital as a thought leader and advocate on this important issue. To maximize the impact of earned media relations, Coast Capital engaged a third-party spokesperson who was directly involved in the Unmasking Gender Inequity study – Dr. Marina Adshade from UBC’s Vancouver School of Economics. Dr. Adshade provided expertise which, coupled with insightful media materials and stories from Coast Capital’s women-led business members, created a captivating story that resonated, generating top tier earned coverage. To drive conversation across non-traditional channels, Keep Her on the Map was further amplified via partnerships with a diverse mix of influencers. Influencers created content, including social posts, blogs, and podcast episodes, tailored in their own voice to resonate with women from various backgrounds and stages of life. Keep Her on the Map exceeded expectations, generating 2.8 million impressions and attracting an overwhelmingly positive response from media, consumers, and business owners. Importantly, it allowed Coast Capital to underscore the disproportionate impacts of the pandemic on women, while shining a spotlight on the resilient network of women-led businesses in our communities. By raising awareness and sharing valuable resources, Keep Her on the Map galvanized audiences to take tangible action in support of the women in their lives.